Waddilove on the Equity of Redemption 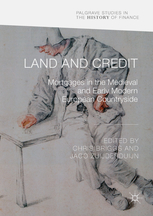 The "equity of redemption" is an equitable doctrine undergirding the law of secured lending in the common-law world. It holds that despite any legal forms to the contrary, a borrower remains the true owner of pledged/mortgaged property, with a right to redeem such property upon payment of principal, interests, and costs at any time until a court of equity forecloses a borrower’s interest. This doctrine originated in the English Court of Chancery in the early-modern period, and coincided with a significant expansion in the use of mortgages.

This chapter explores why the equity of redemption arose. It does so by situating the doctrine in the social context of its origin in early modern England. It shows that several traditional explanations for the doctrine, such as the Chancery offering programmatic support for the landed classes, or seeking to capture jurisdiction and increased business and fees from the common-law courts, or intentionally providing a counterweight to the weak bargaining power of mortgagors, are likely misunderstandings. Instead, primary sources suggest that the doctrine is best understood as judicial enforcement of social norms related to mortgage debts in preference to legal technicalities; the equity of redemption was enforcement of “real-world” expectations over legal rights. Why the equity of redemption arose is therefore because it was the most obviously “fair” or intuitively “reasonable” way to address mortgage forfeiture at the time. The equity of redemption was the layman’s response to mortgage forfeiture rather than the lawyer’s.