Bowie on Corporations' Right to Speak

Corporate Democracy: How Corporations Justified Their Right to Speak in 1970s Boston, by Nikolas Bowie, Harvard Law, is now available on-line in advance of its appearance in the hard copy Law and History Review: 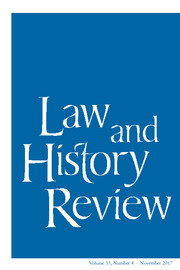 In the early 1970s, the executives of the First National Bank of Boston spent hundreds of thousands of the bank's dollars on ads opposing statewide efforts to raise their personal income taxes. When frustrated Massachusetts legislators banned this sort of corporate spending, the executives sued, arguing that “corporations have the same First Amendment rights as individuals.” In First National Bank of Boston v. Bellotti, the Supreme Court held for the first time that the First Amendment protects all political speech, even ads paid for by a corporation. Surprisingly, the first corporation to take advantage of this decision was not the bank, but the city of Boston--a municipal corporation that spent nearly a million dollars on a new referendum in the fall of 1978.

This article discusses the history of the 1978 referendum, one pitting municipal corporations against business corporations. It argues that the referendum and the discourse surrounding it made it intuitive for Bostonians that all corporations, banks and cities, are representative institutions. Corporations can “speak” only by spending money, and the leaders of Boston and the bank justified spending other people's money by pointing to the internal elections that put them in office. But voters were skeptical of the argument that “corporate democracy” alone could guarantee that elected executives spoke with the consent of the people they purported to represent. The article offers a novel contribution to the historiography of modern business and politics: a legal history of how corporations--municipal and financial--became politicized in the wake of evolving First Amendment free-speech doctrine.