Sword on wives in early America 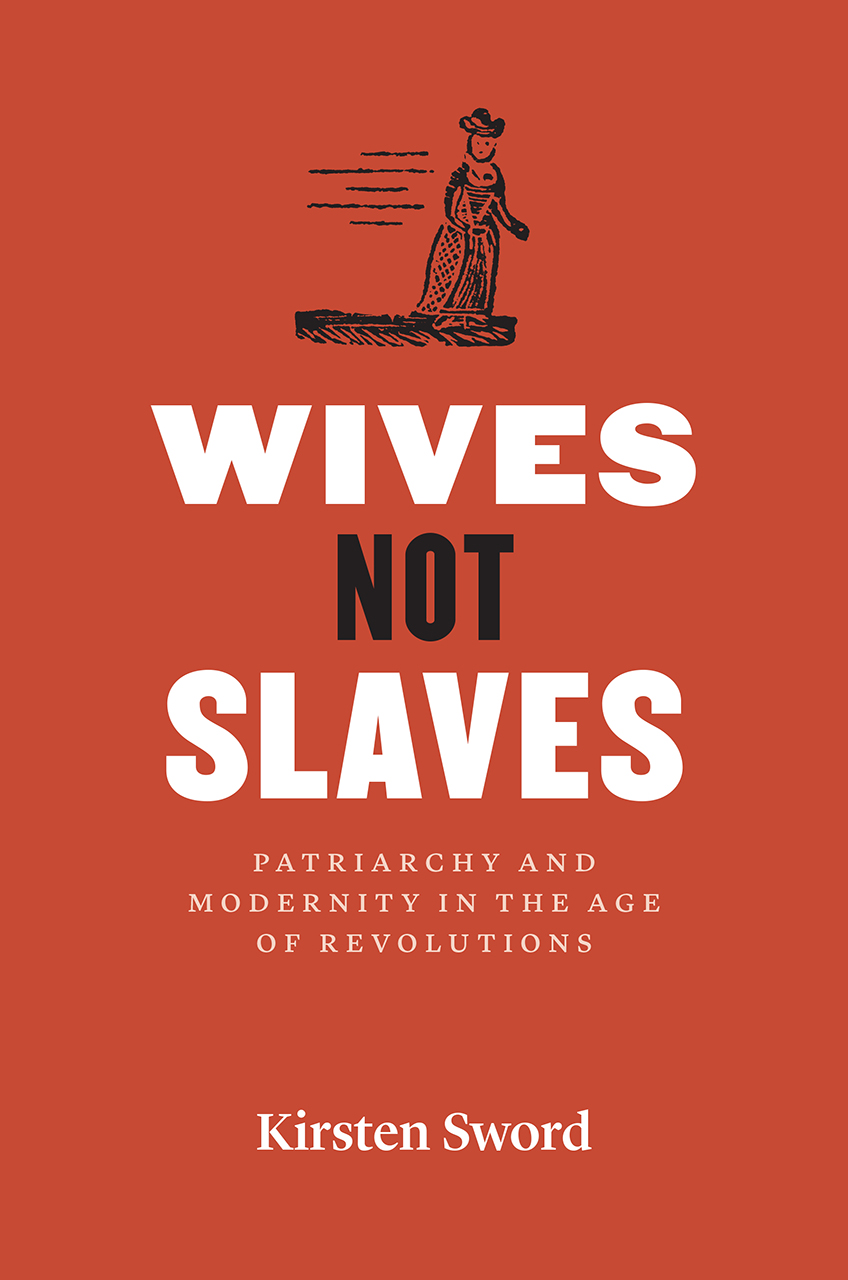 Patriarchy and Modernity in the Age of Revolutions with the University of Chicago Press. From the publisher:

Wives not Slaves begins with the story of John and Eunice Davis, a colonial American couple who, in 1762, advertised their marital difficulties in the New Hampshire Gazette—a more common practice for the time and place than contemporary readers might think. John Davis began the exchange after Eunice left him, with a notice resembling the ads about runaway slaves and servants that were a common feature of eighteenth-century newspapers. John warned neighbors against “entertaining her or harbouring her. . . or giving her credit.” Eunice defiantly replied, “If I am your wife, I am not your slave.” With this pointed but problematic analogy, Eunice connected her individual challenge to her husband’s authority with the broader critiques of patriarchal power found in the politics, religion, and literature of the British Atlantic world.

Kirsten Sword’s richly researched history reconstructs the stories of wives who fled their husbands between the mid-seventeenth and early nineteenth centuries, comparing their plight with that of other runaway dependents.  Wives not Slaves explores the links between local justice, the emerging press, and transatlantic political debates about marriage, slavery and imperial power. Sword traces the relationship between the distress of ordinary households, domestic unrest, and political unrest, shedding new light on the social changes imagined by eighteenth-century revolutionaries, and on the politics that determined which patriarchal forms and customs the new American nation would—and would not—abolish.

“Wives not Slaves is a must-read for anyone interested in the interplay between popular culture and law. Readers will appreciate both the narrative power of its case studies and the elegance of its arguments. This powerful book not only deconstructs the feminist analogy of marriage as slavery, it reassesses the notion of expanding equality in the age of revolution. Better yet, it is filled with thought-provoking implications for our own age.” - Laurel Thatcher Ulrich

“Sword unsilences the past, recovering the cacophonous voices of all the ordinary wives and husbands who put their domestic unions on trial in the pages of early American newspapers. A keenly argued study of the making and breaking of colonial marriages in the court of public opinion, Wives Not Slaves explains how marital practices developed in dialogue with the elaboration of other species of household dependence even as it eviscerates the false equivalence between divorce and emancipation.” - Richard Bell