A new look at the South in Civil Rights History

The New York Times Arts pages today discuss the work of "A new generation of historians... exploring some of the untold stories of the civil rights movement and its legacies: the experiences not of heroes or murderous villains, but of ordinary Southern whites. And their research is challenging some long-held beliefs about the nation’s political realignment and the origins of modern conservatism." Hat tip. 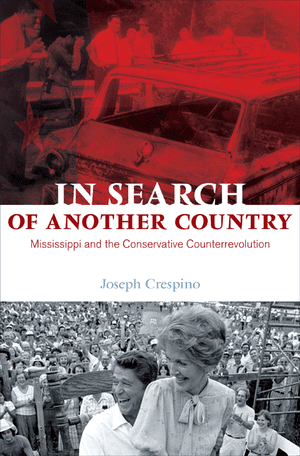 This new wave of historians, many of them young, believe that one cannot understand today’s housing, schooling, economic development or political patterns without understanding the mostly apolitical white Southerners of that era. None of these scholars play down the inbred racism of the region, but they argue that the focus on race can obscure broader economic and demographic changes, like the dizzying corporate growth, the migration of white Northerners to the South and the shifting emphasis on class interests after legal segregation ended.

The conventional wisdom, said Jacquelyn Hall, director of the Southern Oral History Project at the University of North Carolina at Chapel Hill, is that the general backlash to the civil rights movement “was exported out of the South to the rest of the country,” and that the Republican Party benefited from the shift. But she said a raft of new scholarship is showing “the strength of the Republican Party in the South is linked to the economic boom in the South.” Corporations moved down to the once-solidly Democratic South and brought with them traditional suburban Republican voters. Their interests matched up with a growing neo-conservatism in the North. “What’s going on is much more a regional convergence story as opposed to the South influencing the rest of the country,” she said.

For the rest, click here.
Authors and works mentioned include:
Joseph Crespino, “In Search of Another Country: Mississippi and the Conservative Counterrevolution” (Princeton University Press).
Kevin M. Kruse, “White Flight: Atlanta and the Making of Modern Conservatism” (Princeton).
Matthew D. Lassiter, “The Silent Majority: Suburban Politics in the Sunbelt South” (Princeton).
Jason Sokol, “There Goes My Everything: White Southerners in the Age of Civil Rights, 1945-1975” (Alfred A. Knopf), reviewed here.
Posted by Mary L. Dudziak at 9:04 AM