Miller on the legal history of a streetcorner in Meinhard v. Salmon

Tally's Corner comes to Law and Economics. I love the opening line of Geoffre 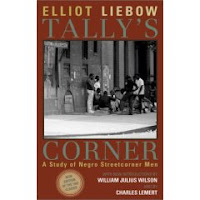 y P. Miller's (NYU) abstract for his new SSRN paper, Meinhard v. Salmon: "This article offers a legal history of the northwest corner of 42nd Street and Fifth Avenue, the plot of land that, among other things, was the source of dispute in Meinhard v. Salmon, one of the leading business law cases in American history." Using a streetcorner as a research site was, of course, the methodology of Elliot Leibow's classic Tally's Corner: A Study of Negro Streetcorner Men (1967). Leibow sought to understand the poor by studying a community on a small scale in Washington, D.C.

Miller's focus is very different, but the resonance with Leibow reminds us of the creative promise of micro-studies. Miller's streetcorner is the northwest corner of 42nd Street and Fifth Avenue. Here's the rest of the short abstract:

Using the Meinhard case as a lens, the paper explores New York's changing ethnic, social, and economic environment - the rise and fall of industries, the booms and busts of business conditions, the dispersal and commercialization of landed estates, the influence of immigrants, the role of yachting, horse racing, art collecting and charitable work in establishing social standing, and the importance of family and heritage in the development of New York City during the late Nineteenth and early Twentieth Centuries.
Posted by Mary L. Dudziak at 9:30 AM