For my first post, I want to highlight a new casebook, Integrating Spaces, recently published by Al Brophy, Kali Murray and Alberto Lopez. Al Brophy writes below that the author's goal was to bring together cases that:


illustrate the centrality of race in contemporary property and in the development of property doctrine; and cases that integrate racial minorities into the first year curriculum as litigants . . . . Our hope was that faculty and students would turn to the book as a supplement to the first year property casebook.

As a teacher of first-year property (is this still the most common "bread and butter" course taught by legal historians?), I think this book is quite valuable both for its careful and subtle use of history, and the new connections it brings to light. The book also offers a highly effective and creative way into the traditional Property course, one that highlights "law in action" across U.S. history and across property doctrine. Is this book a model for how legal historians could fashion casebooks to supplement other first-year courses? Or is Property in this case unique? Here is Al's description from The Faculty Lounge:
Integrating Spaces 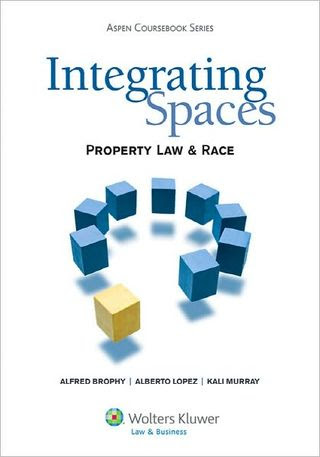 I'll take advantage of the fact that I'm snow bound to talk about something that I've been meaning to blog about for a few weeks: Integrating Spaces: Property Law and Race, which is a supplemental property casebook that Alberto Lopez, Kali Murray, and I have put together. Aspen mailed copies to likely adopters (that is first year property professors) at the end of November.

We had a couple of goals in mind for Integrating Spaces -- we wanted to have some new cases that teach contemporary property doctrines in creative ways; cases that illustrate the centrality of race in contemporary property and in the development of property doctrine; and cases that integrate racial minorities into the first year curriculum as litigants even when race at issue. Our hope was that faculty and students would turn to the book as a supplement to the first year property casebook.
Kim was kind enough to talk about one of our cases earlier this semester -- it's the Hershey Trust case, which actually has nothing to do with race; we included it because it dealt with a theme we develop in various places -- drawing a line between private property rights and "community" rights. 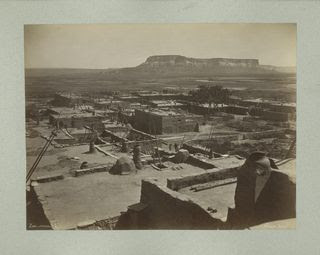 I know I'm incredibly biased -- but there are a lot of really cool cases in Integrating Spaces. One of them, for instance, is United States v. Platt -- about a prescriptive easement that the United States asserted on behalf of the Zuni people who wanted to cross land that their ancestors had been crossing for at least as long as Europeans had been in the Americas, to reach a holy place, Kolhu/wala:wa, also known as "Zuni Heaven." (I have used one of John Hillers' late nineteenth century photographs of a Zuni pueblo in New Mexico to illustrate this.) What I really like about this case is -- first it's darn interesting -- and second you can do a lot with figuring out why the US is able to establish a prescriptive easement (the evidence that's used, including motion pictures from the 1920s) of the pilgrimage -- but also there are questions about why the landowner who had recently acquired the property took it subject to the easement.
We also have a couple of cases on partition by sale (or partition in kind), running from states that are quite permissive in partition by sale (like Arkansas) and those that are substantially more stringent (like Hawaii). Later I hope to talk some more about this and some of the other contemporary cases, like a Colorado case, Labato v. Taylor, that established an easement for pasturing animals that had been exercised since the land was acquired from Mexico -- which gives a way of reviewing the differences between easements by implication, by estoppel, and by prescription. 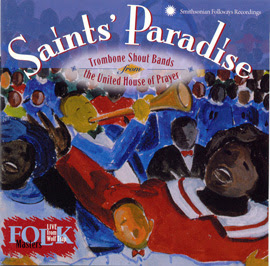 I also want to talk later about a case from Texas in the 1920s that found a jazz club in San Antonio (the Silver Leaf Club) to be a nuisance and another case from South Carolina that found an African American church in Columbia (the United House of Prayer) to be a nuisance. That case -- which discusses the difference between Columbia's attempted ordinance to declare the House of Prayer a nuisance and the later judicial finding that it was a nuisance -- goes well with the Smithsonian's CD of music from the House of Prayer. You can listen to a sample of a sample of the CD here.
It's my hope (and I'm certain Aspen's as well) that lots of property professors will adopt this as a supplemental text for their first year classes -- but as an interim move, I hope that they'll teach some of the cases from it and see how they go. I'm pretty sure the students will like the cases; at least that's my experience from the last couple of years where I've taught much of the book to my first years.