Confronting the Khmer Rouge, Britain's Far Right, and More: This Week in the Book Pages 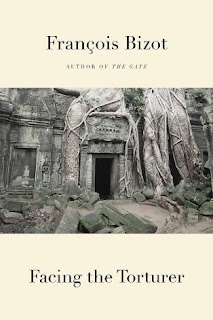 This week in the New York Times, Belinda Cooper reviews Francois Bizot's Facing the Torturer (Knopf).  Bizot was the only Westerner to be released from Khmer Rouge captivity, and the book is his "attempt to come to terms with" his testimony in 2010 in Cambodia's war crimes tribunal against one of his captors.  "In the end," Cooper writes, "he fails to provide us with any new information beyond his own feelings, and his conclusions add little to the existing literature on mass crime, the nature of evil or the complexities of human behavior."  Read on here.

At TNR: The Book Yelena Akhtiorskaya reviews Former People: The Final Days of the Russian Aristocracy (Farrar, Straus, and Giroux) by Douglas Smith.  TNR: The Book also has a review of Bloody Nasty People: The Rise of Britain's Far Right (Verso), and a review of Kevin Dutton's The Wisdom of Psychopaths: What Saints, Spies, and Serial Killers Can Teach Us About Success (Farrar, Straus, and Giroux).

In the Washington Post, Tim Page reviews David Schoenbaum's The Violin: A Social History of the World's Most Versatile Instrument (W.W. Norton), and Thane Rosenbaum reviews Isaac's Army: A Story of Courage and Survival in Nazi-Occupied Poland (Random House) by Matthew Brzezinski.

On the Wall Street Journal's list of "The Best Non-Fiction of 2012": Anne Applebaum's Iron Curtain: The Crushing of Eastern Europe, 1944-1956 (Doubleday), The Endgame: The Inside Story of the Struggle for Iraq, from George W. Bush to Barack Obama (Pantheon) by Michael R. Gordon and Bernard E. Trainor, Thomas McCraw's The Founders of Finance: How Hamilton, Gallatin, and Other Immigrants Forged a New Economy (Harvard), and more.
Posted by Clara Altman at 5:00 AM