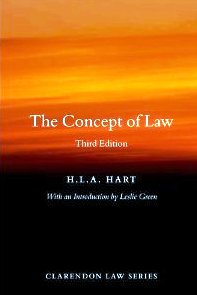 [We have the following announcement of a fascinating oral history of H.L.A. Hart.]

Oxford University Press has digitalised the audio version of David Sugarman's (Lancaster University Law School, UK) interview with H.L.A. Hart of 1988 and posted it on the Web as part of the 50th anniversary celebrations marking the publication of Hart's Concept of Law and a new (third, 2012) edition.

The interview delineates the particulars of Hart's life and work: his background, early education, and undergraduate studies; learning law, practising at the Bar, and journalism; working in military intelligence; the early years as a philosophy don and the principal philosophical influences that shaped his work; and the state of Oxford jurisprudence in the 1940s and 1950s. It then addresses Hart's work and ideas between 1945 and the 1980's: his appointment to the Chair of Jurisprudence at Oxford; the Hart-Fuller Debate and his year at Harvard; the writing of Causation in the Law and The Concept of Law; the 1950's, the Cold War, and the 1960's; "The Hart-Devlin Debate"; and what Hart called, "the Thatcher world". The interview also illuminates Hart's work beyond legal and political philosophy - the seminars to Labour Party groups on closing loopholes in the tax law; and the duties he undertook for the Monopolies Commission (1967-73) and the Oxford University Committee on Staff-Student Relations (the "Hart Report", 1968-69). The interview includes Hart's assessment of Bentham, Nozick and Dworkin, a general discussion of the virtues and limitations of sociology, sociological jurisprudence and analytical jurisprudence, of legal education, and the relationship between university legal education and the legal profession. A succinct summary of Hart's contribution to legal philosophy brings the interview to a close.