Morality and Warfare, the Rule of Law, and More: This Week in the Book Pages

"It is hard not to be moved," Charles Fried writes in The New Republic, by John Witt's "account of the inflexible prohibitions against torture, the use of poisons, the mistreatment of prisoners of war, and acts of treachery such as the misuse of flags of truce...[adopted] in the darkest days of the Civil War."  Fried reviews Witt's Lincoln's Code: The Laws of War in American History (Free Press), which the New York Times named one of the 100 Notable Books of 2012. "It would be a mistake," he insists to take from "this important book," "the lesson that if only we draft good laws and enforce obedience to them, if only we could find a Francis Lieber for our time, the moral dilemmas of the wars against terrorists and insurgents would somehow be resolved."  You can read the full review here. 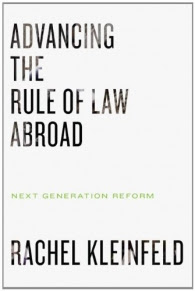 Foreign Affairs has G. John Ikenberry's picks for the best books on political and legal subjects in 2012 including Rachel Kleinfeld's Advancing the Rule of Law Abroad: Next Generation Reform (Carnegie), William J. Dobson's The Dictator's Learning Curve: Inside the Global Battle for Democracy (Doubleday), and Paul Bracken's The Second Nuclear Age: Strategy, Danger, and the New Power Politics (Times Books). 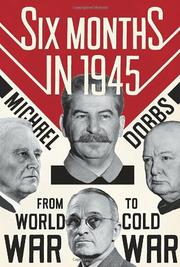 Joyce E. Chaplin's Round About the Earth: Circumnavigation From Magellen to Orbit (Simon & Schuster), continues to make the rounds. The New York Times this week has Bruce Barcott's review.  Also in the New York Times, a review of Sheila Hale's Titian: His Life (Harper), and an interesting piece by Andrew D. Scrimgeour, dean of libraries at Drew University, about the personal libraries that scholars leave behind.
Posted by Clara Altman at 5:00 AM