New from the University of Chicago Press, Adam R. Shapiro, Trying Biology: The Scopes Trial, Textbooks, and the Antievolution Movement in American Schools (2013). Here's a description from the Press: 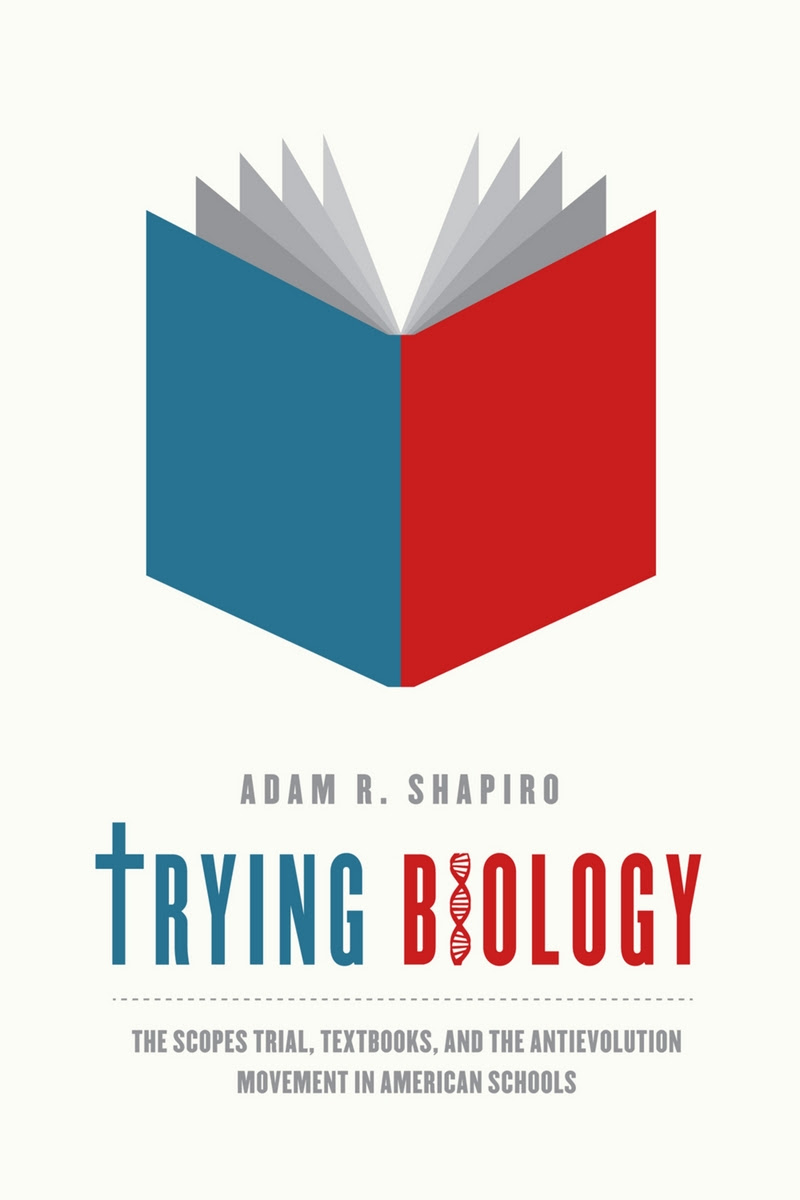 In Trying Biology, Adam R. Shapiro convincingly dispels many conventional assumptions about the 1925 Scopes “monkey” trial. Most view it as an event driven primarily by a conflict between science and religion. Countering this, Shapiro shows the importance of timing: the Scopes trial occurred at a crucial moment in the history of biology textbook publishing, education reform in Tennessee, and progressive school reform across the country. He places the trial in this broad context—alongside American Protestant antievolution sentiment—and in doing so sheds new light on the trial and the historical relationship of science and religion in America.

For the first time we see how religious objections to evolution became a prevailing concern to the American textbook industry even before the Scopes trial began. Shapiro explores both the development of biology textbooks leading up to the trial and the ways in which the textbook industry created new books and presented them as “responses” to the trial. Today, the controversy continues over textbook warning labels, making Shapiro’s study—particularly as it plays out in one of America’s most famous trials—an original contribution to a timely discussion.