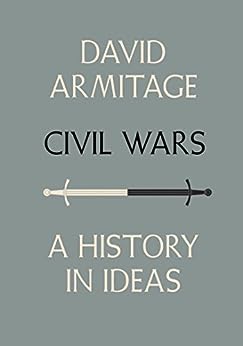 Legal historians, indulge your interests in war, crime, and Nazi Germany with this week's book reviews:
In the NY Times, one can read about Nazi policemen (Frank McDonough’s The Gestapo: The Myth and Reality of Hitler’s Secret Police) and in the NYRB, about Nazi drug-users (Norman Ohle’s Blitzed: Drugs in the Third Reich, which covers Hitler’s use of traditional stimulants as well as “by-products of uterine blood, the sexual hormone Testoviron, and even Orchikrin, a derivative of bulls’ testicles”).

In The Guardian, Julia Lovell reviews The Cultural Revolution on Trial, Alexander Cook’s history of the the 1980 trial of the Gang of Four, which, Cook argues, “exposed intriguing faultlines in a political system struggling to break with revolutionary politics,” and Colin Kidd reviews David Horspool’s Oliver Cromwell: The Protector and Cromwell’s “dithering” between political forms.

In the New Rambler, John Witt reviews David Armitage’s Civil Wars: A History in Ideas, which is a “brilliant … adventure” through civil wars throughout the ages, and shows how the contested meaning of the “civil war” is a “core feature of its significance.” Karen R. Long reviews Armitage’s book for Newsday.

In the LARB, Brian Goodman reviews Timothy Garton Ash’s Free Speech: Ten Principles for a Connected World and Josh Jacobs reviews John Pfaff’s Locked In: The True Causes of Mass Incarceration and How to Achieve Real Reform, which seeks to correct the “myth” that punishment of drug offenses and other nonviolent crimes, alone, caused mass incarceration. Rachel Lu reviewed Pfaff’s book for the National Review. 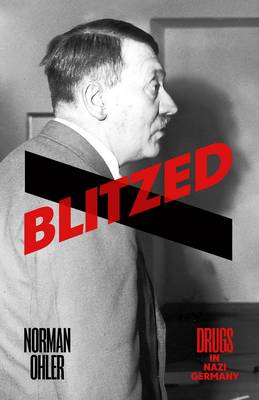 The March issue of the Federal Lawyer includes reviews of Game Over: The Inside Story of the Greek Crisis, by George Papaconstantinou; Waging War: The Clash Between Presidents and Congress, 1776 to ISIS, by David J. Barron, and Once in a Great City: A Detroit Story, by David Maraniss.

The New Books Network offers interview-reviews with Christopher Lowen Agee (on his recent book, The Streets of San Francisco: Policing and the Creation of a Cosmopolitan Liberal Politics, 1950-1972), Tyina Steptoe (on Houston Bound: Culture and Color in a Jim Crow City), Phoebe Chow (on Britain’s Imperial Retreat from China, 1900-1931), Paul Harvey (on Bounds of Their Habitation: Race and Religion in American History), and Benjamin Schonthal (on Buddhism, Politics and the Limits of Law: The Pyrrhic Constitutionalism of Sri Lanka, which examines the relationship between constitutional law and religious conflict in Sri Lanka during the twentieth and twenty-first centuries). And if your desire reviews of Blitzed parallels a young Nazi's hunger for Orchikrin, check out this interview with Norman Ohler.
Posted by Smita Ghosh at 3:00 AM