The Guardian carries a review of Ibram X. Kendi's "brilliant and disturbing" Stamped from the Beginning: The Definitive History of Racist Ideas in America. 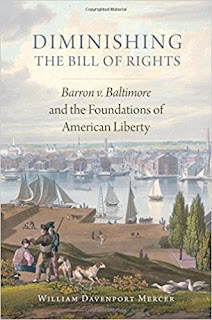 At the New Books Network, William Davenport Mercer speaks about his Diminishing the Bill of Rights Barron v. Baltimore and the Foundations of American Liberty.

Public Books carries a review of James Q. Whitman's Hitler’s American Model: The United States and the Making of Nazi Race Law.   According to the review, "Drawing on meeting transcripts, memos, and published work, Whitman argues that US models inspired the lawyers working to craft the Nuremburg laws that stripped Jews of citizenship, barred mixed marriages, and prohibited what the Americans called “miscegenation.”  The reviewer suggests that Whitman's story is a disturbing but timely reminder of those "who wove racism into the fabric of our legal system" in a not-so-distant past.

At The Atlantic is a review of Nancy MacLean's Democracy in Chains: The Deep History of the Radical Right's Stealth Plan for America.

In The Washington Post is a review of Roy L. Brooks' The Racial Glass Ceiling: Subordination in American Law and Culture.

H-Net has posted a review of Jenna Reinbold's Seeing the Myth in Human Rights.  Also reviewed at H-Net is Enabling Acts: The Hidden Story of How the Americans with Disabilities Act Gave the Largest US Minority Its Rights by Lennard J. Davis..

At the New Republic is a review of Scott Cooper's The Fall of Heaven: The Pahlavis and the Final Days of Imperial Iran.

HNN carries a review of Nancy Weiss Malkiel's "Keep the Damned Women Out': The Struggle for Coeducation".

Geoff Mann's In the Long Run We Are All Dead: Keynesianism, Political Economy, and Revolution is reviewed at the Los Angeles Review of Books.  Also reviewed at LARB is The Origin of the Jews The Quest for Roots in a Rootless Age by Steven Weitzman.  Finally, The Perils of “Privilege” Why Injustice Can’t Be Solved By Accusing Others of Advantage by Phoebe Maltz Bovy and The Age of Responsibility: Luck, Choice, and the Welfare State by Yascha Mounk are also reviewed in an essay on the site. 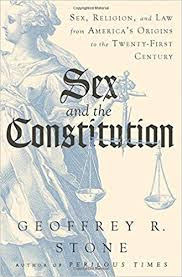 In the New Statesman is a review of Peter Ackroyd's Queer City: Gay London from the Romans to the Present Day.

Edward Balleisen's Fraud: An American History from Barnum to Madoff has received a thoughtful review in The American Interest.

In Dissent's summer issue is a review of Melinda Cooper's Family Values: Between Neoliberalism and the New Social Conservatism. The review lauds Cooper's "magisterial" monograph for the work it does in theorizing deregulated capitalism's reliance on "reasserting hierarchies of gender and sexuality."  Across a broad range of themes, the reviewer argues, Cooper offers readers a "history that uncovers the laws and doctrines that structure the precarious families of the present, demonstrating that the history of gender and the family are not merely cultural artifacts, while the real work of capitalist expansion continues elsewhere."

At The New Rambler is a review of Geoffrey Stone's  Sex and the Constitution: Sex, Religion, and Law from America’s Origins to the Twenty-First Century.
Posted by Brooke at 12:20 PM