Tidmark to Lecture on the London Fire Courts

[We have the following announcement.  DRE]

The Selden Society with the Four Inns of Court presents The Fire Courts: Successfully Delivering Justice in a Time of Plague and Fire, by Jay Tidmarsh, Notre Dame Law School, 21 October 2020, 5.30pm.  Click Here to Book. 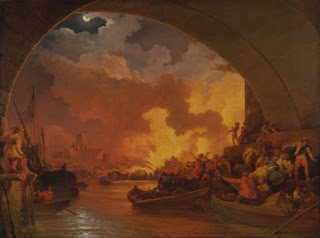 1665 had been a devastating Plague Year. 1666 was going that way and then the Great Fire destroyed seven eighths of London. The international scene was bleak. Samuel Pepys despaired of London ever being rebuilt.

And yet, within ten years modern London had risen from the ashes, and with London’s resurgence the foundation for continued rise of the British Empire had been laid. Professor Jay Tidmarsh of Notre Dame Law School will explore the social and economic impact of the Great Fire and explain how a six-section Act of Parliament, which erected a novel Fire Court to cut a path through the tsunami of legal disputes that threatened the timely rebuilding of London, played a central role in the City’s redevelopment. Drawing on research into the London Fire Court as well the Southwark Fire Court established after the Great Southwark Fire of 1676, the lecture will also explore lessons for modern times: the circumstances under which government intervention can foster resilience and the ways in which the judiciary can be a key partner in recovery from disaster.

The Selden Society and the Inns of Court have joined forces to establish a new series of annual lectures open to scholars, students and the general public to show the relevance of a wider understanding of Legal History. This first talk on the genesis and impact of the Fire of London Disputes Act 1666 and how Fire Courts helped the City of London and other communities recover in a surprisingly short time is designed to have particular salience in our present uncertain times.