Reviewed: books on Religion and the Founders and Ida B. Wells 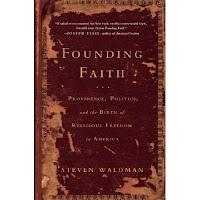 FOUNDING FAITH: Providence, Politics, and the Birth of Religious Freedom in America by Steven Waldman (Random House) gets a positive review in the New York Times from Richard Brookhiser, who finds it "entertaining" and "provocative." Brookhiser writes that "Waldman’s conclusion is that 'the Founding Faith ... was not Christianity, and it was not secularism. It was religious liberty — a revolutionary formula for promoting faith by leaving it alone.'"
Gordon Wood reviews two books on religion and the founders in the New Yor 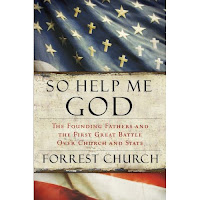 k Review of Books: Ten Tortured Words: How the Founding Fathers Tried to Protect Religion in America...and What's Happened Since by Stephen Mansfield (Thomas Nelson) and So Help Me God: The Founding Fathers and the First Great Battle over Church and State by Forrest Church (Harcourt). Not one to mince words, Wood finds Mansfield's book "very biased and polemical," concluding that if one wants to make an argument about the intentions of the framers "one had better have one's history straight." Wood is happier with Church. "Instead of taking sides in our present-day cultural war over religion, he has sought to write a reasonably detached, objective, and sometimes iro 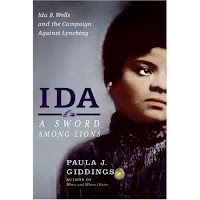 nic history of what he calls 'the first great culture war in American political history.'" The result is "an illuminating and entertaining work of history, and the best account of the first five presidents and their relation to religion that we have."
Glenda Gillmore reviews Paula Giddings, IDA:A Sword Among Lions (Amistad), about the extraordinary anti-lynching activist and journalist Ida B. Wells, in the Washington Post. According to Gillmore, "Giddings set out to write a definitive biography and has succeeded spectacularly."
Posted by Mary L. Dudziak at 10:21 PM