The Sixties, Panama, War and more in the Sunday Book Reviews 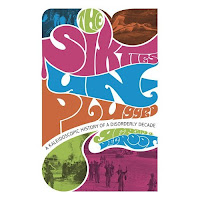 The Sixties Unplugged: A Kaleidoscopic History of a Disorderly Decade by Gerard J. DeGroot (Harvard University Press) gets a critical review from Michael S. Roth, president of Wesleyan University (and blogger!), in the San Francisco Chronicle. According to Roth, "DeGroot wants to destroy the notion that the '60s had a consistent, logical development with a clear legacy. But he never mentions any historians who hold this view about the decade, or, for that matter, any other time period." The book offers "useful reminders of global events that are not often juxtaposed with the protest movements of the time." But ultimately the author's "conceit of being 'unplugged' is also his disguise for being an objective observer without an agenda. But cynicism is an agenda. Good history is not just scornful debunking, and thoughtful historical accounts require empathy, not just irony." 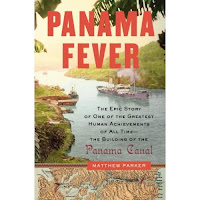 Historians concerned with American empire will have an interest in Panama Fever: The Epic History of One of the Greatest Engineering Triumphs of All Time: The Building of the Panama Canal by Matthew Parker (Doubleday), reviewed today in the Philadelphia Inquirer. Chris Patsilelis finds the book "panoramic in its geographic, scientific and political scope, and focusing closely on the sensitive social and labor issues," and "a marvelously comprehensive work about an epic engineering triumph."
Betrayal: How Black Intellectuals Have Abandoned the Ideals of the Civil Rights Era by Houston A. Baker Jr. (Columbia University Press) is "an urgent, absorbing read," but "its blanket condemnation of the most prominent black public intellectuals is not entirely fair," writes Erin Aubry Kaplan in 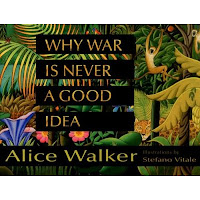 the Los Angeles Times.
For young readers, Why War Is Never a Good Idea, written by Alice Walker, illustrated by Stefano Vitale (HarperCollins) "is an important and beautiful book," writes Liz Rosenberg for the Boston Globe. Vitale's beautiful and powerful artwork is reason alone to click over to the Globe's review. "It may be too easy for children - American children perhaps especially - to believe war has nothing to do with them or their world," writes Rosenberg. Walker's text "pulls no punches with her young readers, nor does she pretend that war is something separate from our existence." The result is a book that "stands alongside Mark Twain's famous 'The War Prayer' as an American antiwar classic."
RETRIBUTION: The Battle for Japan, 1944-45 by Max Hastings (Knopf), arguing that the atom bombing of Japan was justified, is critically reviewed by Kai Bird in the Washington Post. B 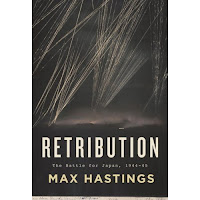 ird describes the book as "military history as told from the foxhole -- or, in the case of this narrative of the last year of the Pacific war, as told from the decks of aircraft carriers." But on the book's central argument about Hiroshima and Nagasaki, "Hastings abandons his critical faculties," and "does not alert his readers" to new evidence in recently published books. Bird finds this "unfortunate," for "Hastings's narrative is fully compatible with a more nuanced interpretation of how the Pacific war ended."
The Post also carries a review of TERROR AND CONSENT: The Wars for the Twenty-first Century by Philip Bobbitt (Knopf) by Daniel Byman, Georgetown. Byman writes that Bobbit, "despite his establishment pedigree...is a thoroughgoing contrarian. Defying the nearly universal criticism among academics of the term 'war on terror,' Bobbitt embraces it, making a strong case -- better than the Bush administration has -- that the challenge can best be thought of as a series of wars." In Byman's view, "readers should approach Terror and Consent with a mixture of caution and open-mindedness. Not all of Bobbitt's pronouncements may be convincing. But his book constantly prods us to reexamine our preconceptions about terrorism, which is by itself some preparation for what may lie ahead."
Posted by Mary L. Dudziak at 11:29 AM