Levinson on Annotated Constitutions and more in the book pages

The Citizen's Constitution by Seth Lipsky, and The Annotated U.S. Constitutio 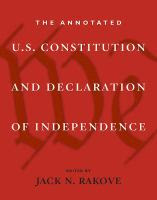 n and Declaration of Independence by Jack Rakove are reviewed on The New Republic book blog by Sanford Levinson. "One must always avoid the temptation to view the Constitution as consisting solely of what has gained the attention of the judiciary," Levinson writes. "Now two new books help give us a view of the entire document." He finds each book to have strengths and weaknesses.

Rakove’s book may be more elegant, but Lipsky’s is more reader-friendly, because of the amount of information (and opinions) that Lipsky is free to provide....Rakove is one of the most gifted writers among contemporary American historians, and he provides an i

lluminating overview of the political history that generated both the Declaration in 1776 and then, only eleven years later (following the failure of our first constitution, the Articles of Confederation) the Constitution that was drafted in Philadelphia. 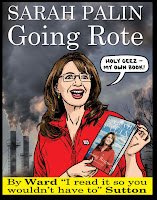 ower to pass “an uniform Rule of Naturalization.”

And for the baseball fans out there, WILLIE MAYS: The Life, the Legend by James S. Hirsch is reviewed in the New York Times.
Posted by Mary L. Dudziak at 5:36 AM