Scalia, Charles Hamilton Houston, and more in the book reviews

"Scalia has fused the cerebral and the atavistic strains of conservatism in a manner that leaves one wondering if they were ever distinct at all," writes Michael O'Donnell in The Nation, reviewing a new book and a not-so-new one: American Original: The Life 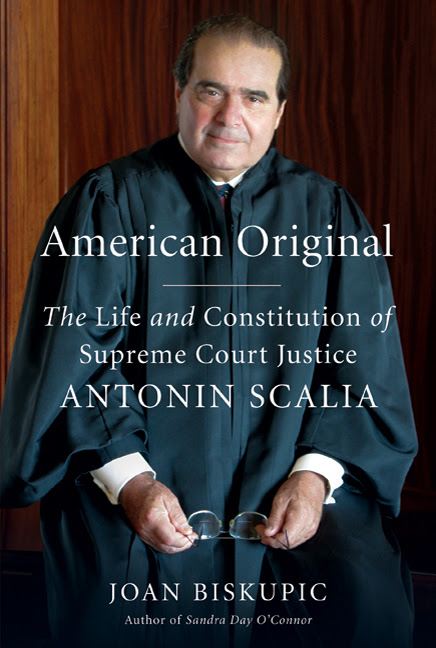 and Constitution of Supreme Court Justice Antonin Scalia by Joan Biskupic, and The Rise of the Conservative Legal Movement: The Battle for Control of the Law by Steven M. Teles.

For decades Scalia has beguiled conservative law students with his abhorrence of compromise and the colorful, take-no-prisoners style of his opinions. More than any other contemporary jurist, he claims to abide by a host of scrupulous legal principles: strict fidelity to a statute's text, adherence to the Constitution's original meaning, respect for the nation's federal structure of government. But notwithstanding these "neutral" principles and his habit of adorning his defense of them with intellectual flourishes, Scalia writes his opinions in boiling ink, mixing prodigious citations and vast learning with callous disregard for others and bursts of derision bordering on bigotry.

ROOT AND BRANCH: Charles Hamilton Houston, Thurgood Marshall, and the Struggle to End Segregation by Rawn James, Jr. is taken up by Kev

in Boyle in the Washington Post. "The NAACP's crusade has no shortage of historians," Boyle writes.

Richard Kluger's brilliant book on Brown, "Simple Justice," appeared 35 years ago; Mark Tushnet has written a monumental two-volume biography of Marshall; and late last year Patricia Sullivan published a marvelous new history of the NAACP, with Houston and Marshall among its central figures. In "Root and Branch," Rawn James, Jr. isn't trying to add to that imposing scholarship as much as he's trying to give it a popular spin. A Washington lawyer, he moves nimbly through the complex legal issues Houston and his team raised. To add a poignant touch, he interweaves Houston's and Marshall's powerful personal stories. And he gives their campaign a stirringly triumphal arc, the story of a whole nation being forced -- by the fierce will of two learned men -- to overcome.

That approach comes at a cost.

THE SCIENCE OF LIBERTY: Democracy, Reason, and the Laws of Nature by Timothy Ferris is reviewed by Gary Rosen in the New York Times. For Ferris, "the standard account of the history textbooks — with the Renaissance giving rise to the Scientific Revolution and thus preparing the way for the Enlightenment — fails to identify the primary causal relationship. Democratic governance and individual rights did not emerge from some amorphous 'brew of humanistic and scientific thinking,' he argues, but were 'sparked' by science itself — the crucial 'innovative ingredient' that 'continues to foster political freedom today.'"