﻿On Tuesday my colleague Ladislas Orsy, S.J., delivered the lecture “At the Origins of Modern International Law: Francisco de Vitoria (1485-1546),” as part of Georgetown Law’s Thomas More Seminar for 2009-10. Father Orsy’s synopsis is below; a podcast of his lecture is here. 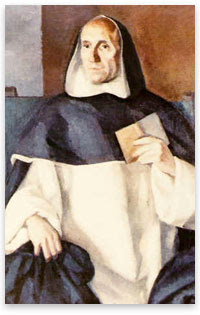 The present lecture is an exposition of the doctrine of a 16th century professor of Salamanca, Francisco de Vitoria, concerning the foundational principles of international law. He presented his theory in two lengthy “conferences” that he delivered in 1539, toward the end of his life, in defense of the “Indians” whom the Conquistadors violently deprived of their liberty and property. Vitoria affirmed that the Indians were no less rational and free human beings than the Spaniards; they were therefore protected by the ius gentium, the law of the nations. He then elaborated on the norms and demands of such “international order” and advocated universal freedom of religion, theoretical and practical separation between political and spiritual authorities, right for the citizens to choose their government, and autonomy for all countries û but not without the duty of cooperation among them. He proposed open borders allowing migration and free trade. His voice, however, was a cry in the desert; the nations were not listening. In Spain the Inquisition raged and ravaged the communities of every religion; further North Christians turned against each other and plunged the continent into bloody confrontations. Social inequalities were rampant and led to violent revolutions. Wars followed wars, leading to the singular inhumanities of the 20th century. The contrast between the clear and salutary vision of Vitoria and the destructive policies of many nations in the last five centuries is there for all to see.

The lecture focuses on Vitoria because he can be of good counsel in avoiding similar (or greater) disasters in the future. He was a fiercely independent thinker with an intellectual horizon that embraced the achievements of Antiquity and the best hopes of Modernity. He made good use of Aristotle’s teaching on prudence but he appreciated the empirical approach of the Romans in building a legal system. He advocated a permanent policy of liberté, egalité, and fraternité well before the French revolution. Today (without being aware of it) the European Union is struggling to implement his doctrine on balanced interchanges among the member states. Vitoria’s vision remains as fresh, and as refreshing, as it was some five hundred years ago.

To ask what was the teaching of Vitoria is not enough. An equally important question is: how did he reach such sound conclusions? The lectures, therefore, will attempt to discover, step by step, not only his ideas but also his method, which reflects an unusual combination of sharp reasoning and close attention to human suffering. To establish a good order in this global world, we certainly need the insights of the sages but we need to hear also the cry of the oppressed, the refugee, and the powerless. There may be the gist of Vitoria’s message.