"Nell Irvin Painter’s title, 'The History of White People,' is a provocation in several ways," writes Linda Gordon for in a New York Times review. The book is

monumental in sweep, and its absurd grandiosity should call to mind the fact that

writing a “History of Black People” might seem perfectly reasonable to white people. But the title is literally accurate, because the book traces characterizations of the lighter-skinned people we call white today, starting with the ancient Scythians. For those who have not yet registered how much these characterizations have changed, let me assure you that sensory observation was not the basis of racial nomenclature.

Also in the NY Times, reviews of TEXAS TOUGH: The Rise of America’s Prison Empire by Robert Perkinson and SUPREME POW 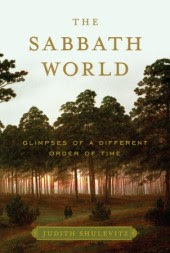 ER: Franklin Roosevelt vs. the Supreme Court by Jeff Shesol.

The Sabbath World: Glimpses of a Different Order of Time by Judith Shulevitz is reviewed in the New Republic.

Ill Fares the Land by Tony Judt is discussed in the Los Angeles Times.

Also in the LA Times, The Bridge: The Life and Rise of Barack Obama by David Remnick.

Garry Wills, Bomb Power: The Modern Presidency and the National Security State, is reviewed in The Nation.
Posted by Mary L. Dudziak at 8:08 AM