[From the UVA press release.] 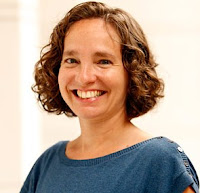 University of Virginia law and history professor Risa Goluboff's innovative work in legal history recently was recognized through two honors. On Thursday, the American Council for Learned Societies named Goluboff a Frederick Burkhardt Residential Fellow, a $75,000 award that supports recently tenured scholars in the humanities and social sciences. The next day, the Organization of American Historians announced that she would be one of their distinguished lecturers.

The Burkhardt fellowship funds an academic-year residency while the recipient works toward a major scholarly work. Goluboff's fellowship at the Library of Congress will support her as she writes her forthcoming book, "People Out of Place: The Sixties, the Supreme Court, and Vagrancy Law."

"Vagrancy law provides a way of organizing a history of the social revolutions of the 1960s," Goluboff said. "There is no legal history of the 1960s, in part because "the Sixties" is a big and diffuse thing. Thinking about the variety of ways in which vagrancy laws were used to keep people in their places — and the multiple attacks on the whole idea of everyone having a hierarchical place in American society — helps provide an organizing principle for a legal history of the Sixties."
More.
Posted by Dan Ernst at 11:00 AM