LBJ, the Causes and Conduct of War, and More: This Week in the Book Pages 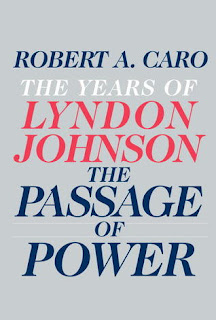 The New York Times has former President Bill Clinton’s review of Robert Caro’s, The Passage of Power: The Years of Lyndon Johnson (Alfred A. Knopf) , the fourth book in his biography series on the 36th president.  The Passage of Power takes up the five years between the 1960 presidential election and a few months after the assassination of JFK when Johnson secured the passage of the Civil Rights Act of 1964 and declared an “unconditional war on poverty in America.”  Clinton writes “[i]n sparking detail, Caro Shows the new president’s genius for getting to people—friends, foes and everyone in between—and how he used it to achieve his goals.”  You can find the review as well as a slideshow with images of LBJ from the period and a podcast that includes editor Sam Tanenhaus’s interview with Caro, here.  The Los Angeles Times  also has a review of the book and as Karen noted last week, the Wall Street Journal has a review, here.

There are several reviews about war this week from World War II to the War on Terrorism.  On WWII: The New York Times has Timothy Snyder’s review of Lizzie Collingham’s The Taste of War: World War II and the Battle for Food (Penguin Press)  Snyder writes:


If World War II were only about bad ideas, as we like to think, then we are all safe. Who among us admires Hitler, Himm­ler or Hirohito? But if the war and its atrocities had to do with material want, we cannot so easily separate ourselves from evil. Lizzie Collingham soberly argues that the expansionist designs of both Nazi Germany and imperial Japan must be understood within a world political economy in which the single crucial commodity was food.

You can read the full review, here.  As Karen noted last month, you can also read reviews of The Taste of War (here) in The Nation and The Wall Street Journal (here). 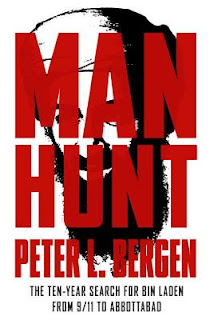 On Vietnam: The “Fall of Saigon” in April, 1975 generally marks the end of the Vietnam War.  “Yet unlike the war’s earlier episodes,” Mark Moyar writes “the final act has received only cursory treatment from historians.”  According to Moyar, George J. Veith’s Black April: The Fall of South Vietnam, 1973-1975 (Encounter) “fills the gaping historical void, and in extraordinary fashion.”  Moyar’s review of Veith’s book is here, in the Los Angeles Times.

On America at war from 9/11 to the death of Bin Laden: Just after the one year mark of the killing of Osama Bin Laden in Pakistan by U.S. special forces, The New York Times has a review of Peter Bergen’s Manhunt: The Ten Year Search for Bin Laden from 9/11 to Abbottabad (Crown Publishers).   And The Wilson Quarterly has a  review of Jonathan M. Hansen’s Guantanamo: An American History (Hill &Wang).  As Michael Bustamante, a doctoral candidate at Yale, writes, "[p]erhaps no single word evokes images of the divisive legacy of the war on terror more vividly than 'Gauntanamo": orange jumpsuits, chainlink fences, "enhanced interrogations."  No wonder we forget that Guantanamo Bay, Cuba, is a beautiful place, and not solely the site of one of the world's most notorious prisons." 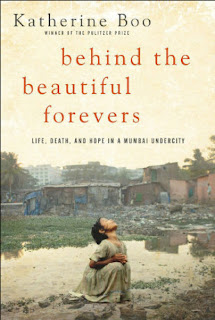 In Behind the Beautiful Forevers, a portrait of a slum in Mumbai, India, Katherine Boo sketches characters with Dickensian vividness against the black machinations of communal enmities, caste and ethnic politics, class prejudice, sexism, and corruption. Boo, whose long-form journalism on the American poor has earned her a Pulitzer Prize, a MacArthur Fellowship, and other awards, set herself a difficult task with this, her first book: to dramatize the effects of poverty and corruption on everything they touch.

Read the rest of the review, here.  You can also find Basharat Peer's review of Behind the Beautiful Forevers in Foreign Affairs, and Laila Lalami's review in The Nation.

Other reviews this week: Jeremy Adelman has a review essay in Foreign Affairs on two books by Charles Mann 1491: New Revelations of the Americas Before Columbus (Knopf) and 1493: Uncovering the New World Columbus Created (Knopf).  The New Republic: The Book has a review of Steven Nadler's A Book Forged in Hell: Spinoza's Scandalous Treatise and the Birth of the Secular Age (Princeton University Press and Lawrence Scott Sheets, Eight Pieces of Empire: A Twenty Year Journey Through the Soviet Collapse (Crown), here.  In the Wall Street Journal you'll find a review of Paul Ingrassia's Engines of Change (Simon & Schuster) on the history of car buying habits.  And for those interested in the history of baseball, the WSJ has a review of Donald Spivey's If You Were Only White (Missouri), a book about Satchel Paige who played for the Kansas City Monarchs in the Negro American League and the New York Times has Sam Roberts's take on three books on "Radicals, Baseball and Broadway."