The Power of Paperwork, Nuclear Weapons, and More: This Week in the Book Pages 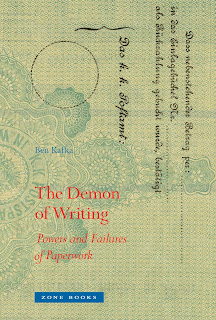 This week, TNR: The Book has Jacob Soll's review of Ban Kafka's The Demon of Writing: Powers and Failures of Paperwork (Zone Books).  Soll writes:


Influenced by the U.S. Declaration of Independence, the authors of the French Declaration of the Rights of Man and Citizen (1789) proposed a new era of greater transparency. Not only one of the founding documents on human and civil rights, the Declaration also insisted that “public agents” give “an accounting of their administration,” with open paperwork...Almost immediately, however, this ideal was challenged. Kafka shows how the quest for political liberty (and pure power) butted heads with bureaucratic nightmare. 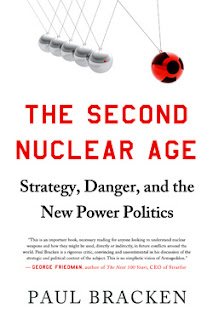 The Wall Street Journal this week has a review of Nathan Lean's The Islamophobia Industry: How the Right Manufactures Fear of Muslims (Pluto), Leon Aron reviews Vladimir Tismaneanu's The Devil in History: Communism, Fascism, and Some Lessons of the Twentieth Century (California), and James Kelly reviews Five Lieutenants: The Heartbreaking Story of Five Harvard Men Who Led America to Victory in World War I (St. Martin's).

There are more reviews of Jared Diamond's The World Until Yesterday: What Can We Learn From Traditional Societies? (Viking): one by David Brooks for the New York Times (here) and one by David Ulin for the LA Times (here).

And in the lead up to the inauguration, the Washington Post has "prepared an eclectic mix of books to help introduce the capital."  You can find the list here.