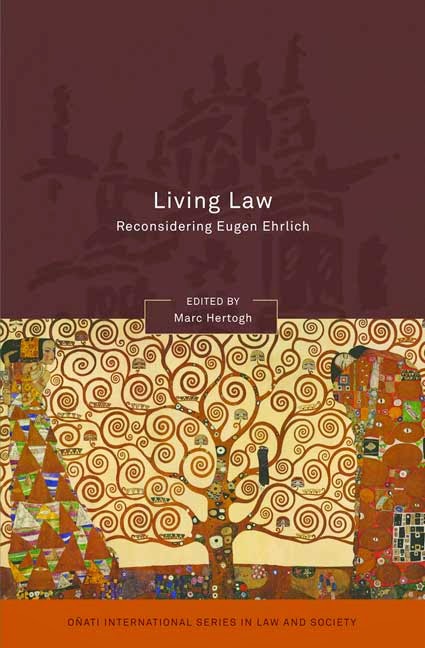 Eugen Ehrlich's vision for a "dynamic conception of law" in 1903 challenges prior focus on doctrine and logic with a demand that legal science direct attention to the "facts of daily life." Ehrlich's program -- his innovative conception of law and calls for a new sociology of law -- has been claimed as inspiration by those intent on modernizing law and state administration and by critics launching attacks on state fetishism. Between these extremes, Ehrlich's understudied ideas about implementing "living law" as a program for governance deserve re-examination.

This Article, situating Ehrlich's work in the social, intellectual, and political milieu of late Habsburg Bukovina (then part of Austria, now Ukraine), shows that direct experience with pluralism and fluidity inform Ehrlich's conception of society as a living organism in constant flux. Ehrlich, searching for contemporary equipment adequate to this milieu, finds ethnography. In his work, ethnography emerges as not merely a matter of heuristics but of epistemology, a method of apprehending and studying "society," dynamically conceived. This version of ethnography becomes the centerpiece of Ehrlich's methodological program for making legal decisions. Ehrlich's radical proposal to the Free School is that, when facing gaps in the law, a judge's sense of what to do in an instant case be predominantly informed by studying current practice, operationalizing what I call a "user theory of rights."

Understanding Ehrlich in either extreme -- as visionary foundation-layer for state renewal or as righteous critic of state fetishism -- miscomprehends Ehrlich and sells his work short. Ehrlich offers a different kind of authoritative discourse, different from existing science and law. Ethnography in his hands defies the boundary between the descriptive and the normative. Incorporating ethnography into the production of judicial decisions, Ehrlich recognizes his fellow citizens' practice as already law. His program could be read as a blueprint for governing in the vernacular where the ethnographer is a key link but does not claim to produce law or to know the right answers, offering instead observations of law that others are already practicing.