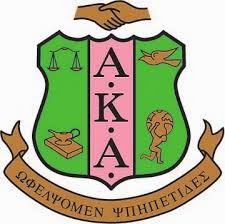 The narrative about African American organizations and their role in blacks’ quest for social equality and civil rights in the United States is often a conventional one. Traditional Civil Rights organizations (e.g., NAACP, NCNW, SCLC) take center-stage with the efforts that they made and make, as well as the model that they employed and continue to employ, being the exemplar. Other African American organizations, too, have played a critical role in the Civil Rights Movement. For example, Theda Skocpol and colleagues, as well as Corey D.B. Walker, in their respective works, highlight the contributions that African American secret societies made to blacks’ struggle for social equality in the United States. In this article, the authors analyze the role that another set of African American fraternal groups have played in African Americans’ Civil Rights struggle and the challenges, and maybe opportunities, created from the complexity associated with these organizations as they pertain to carrying out this mission. Specifically, we focus on the efforts of Alpha Kappa Alpha Sorority, Inc. during the mid-20th Century.