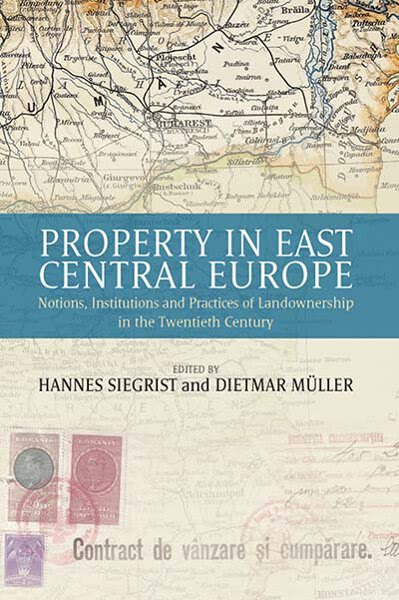 Property is a complex phenomenon comprising cultural, social, and legal rules. During the twentieth century, property rights in land suffered massive interference in Central and Eastern Europe. The promise of universal and formally equal rights of land ownership, ensuring predictability of social processes and individual autonomy, was largely not fulfilled. The national appropriation of property in the interwar period and the communist era represent an onerous legacy for the postcommunist (re)construction of a liberal-individualist property regime. However, as the scholars in this collection show, after the demise of communism in Eastern Europe property is again a major factor in shaping individual identity and in providing the political order and culture with a foundational institution. This volume analyzes both historical and contemporary forms of land ownership in Poland, Romania, and Yugoslavia in a multidisciplinary framework including economic history, legal and political studies, and social anthropology.

Chapter 1. The Changing Landscape of Property: Landownership and Modernization in Poland in the Nineteenth and Twentieth Centuries
Jacek Kochanowicz

Chapter 2. Agriculture and Landownership in the Economic History of Twentieth-century Romania
Bogdan Murgescu

Chapter 4. The Habsburg Cadastral Registration System in the Context of Modernization
Kurt Scharr

Chapter 5. Property between Delimitation and Nationalization: The Notion, Institutions and Practices of Land Proprietorship in Romania, Yugoslavia and Poland, 1918–1948
Dietmar Müller

Chapter 8. Homeland as Property: Symbolic Ownership and the Local Heritage of the Past in Lemkowyna and the Ukraine
Jacek Nowak

Chapter 9. Landownership in Practice: The Case of the Local Community of Naramice in Central Poland
Paweł Klint

Chapter 12. The Practices of Land Ownership in Vojvodina: The Case of Aradac
Jovana Diković