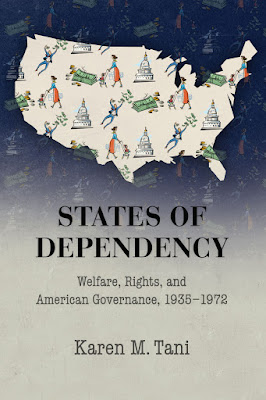 This summer finds me in the final stages of my first book, titled States of Dependency: Welfare, Rights, and American Governance, 1935-1972. I hope to blog regularly in the coming months about the last steps in the publishing process and what I would like the book to accomplish. This post is about cover design, a subject of which I was ignorant just a few months ago.

"Getting to design your own book cover is the sort of ultimately maddening power that probably shouldn’t be entrusted to vain mortals," wrote essayist Tim Kreider in the New Yorker a few years ago. "It’s a little like getting to choose your own face." The academics I know have actually tended not to obsess over cover design, in the same way that they tend not to obsess about their daily wardrobe choices. By the time many of us turn to these decisions, we feel like we're up against a deadline and are just anxious to move along. Or we would just rather spend our time on research and writing, tasks that feel more substantial.

I have no real quarrel with that approach. An uninspired cover has never stopped me from reading and appreciating an academic book. But a good cover is such a delight. Done well, a cover helps the reader get in the right mindset, by evoking place, time period, and mood. The covers I most admire are also clever. They visually distill the argument, helping the reader remember the author's main points long after the book has been re-shelved. In other words, cover design isn't, or doesn't have to be, a vanity project. It can be a service to the reader. And even when the ultimate product doesn't quite work (the jury is out on mine), I think that striving to make it work can the author better identify what the book is really about and what readers ought to take away.

When I began thinking about cover design, I wanted a single piece of artwork to be the focal point. I had in mind the paintings and murals on books like Alice O'Connor's Poverty Knowledge (right), Mark Brilliant's The Color of America Has Changed, Nancy MacLean's Freedom Is Not Enough, and, of course, my co-blogger Dan Ernst's Tocqueville's Nightmare. For photographs, I thought about the evocative images on the covers of A Movement Without Marches, by Lisa Levenstein, and Sweet Land of Liberty, by Tom Sugrue. (Another great use of a photograph, which I saw for the first time a few days ago, is the cover of Dan Bouk's How Our Days Became Numbered.)

I spent a lot of time looking for the right image, mostly using online resources. Surely, I thought, I would find something in the bountiful prints and photographs collection of the Library of Congress, or on the website artsy, a searchable database of images from numerous museums and galleries (hat tip there to my art historian sister, Ellen Tani). But nothing seemed quite right. 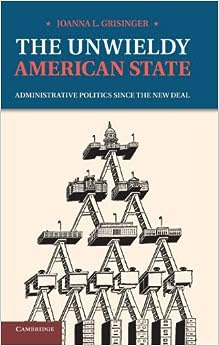 The problem, I started to understand, was that my book's themes did not translate neatly into visual imagery. My book is about public responses to poverty, but not in a way that could be captured by stock photos of Depression-era breadlines or 1960s "welfare mothers." Although those important eras are crucial to the book, the real meat is what happened in the decades between, as New Deal welfare policies transformed all citizens' (not just poor people's) relationships to the polities around them.

Similarly, the book is about rights, but not about flashy court battles or dramatic public protests. The rights I am interested in unfurled slowly, in the everyday work of government bureaucrats and the case-by-case elaborations of poor claimants. Think rows of file cabinets rather than the March on Washington -- not exactly a sexy visual. (Kudos to Joanna Grisinger for making file cabinets work for her on the cover of The Unwieldy American State (right, at the bottom of the pyramid).)

Another major theme of the book is changes in the practices of federalism, specifically, the dramatic rise in federal-to-state grants-in-aid and the ripple effects of those grants. I struggled to think of a single image that could capture these abstract policy devices and their diffuse consequences. 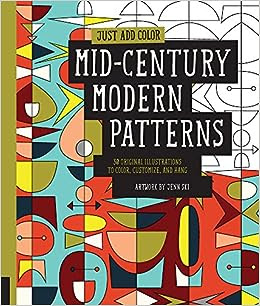 Ultimately, I decided to try a different approach. To evoke the decades bracketing 1950 and set the right tone, I sent my cover designer -- the talented William Hubbard -- some images of mid-century modern textiles and asked if he could create a pattern with that same feel. I wanted to invoke dynamism, technological progress, and a striving for order. I also hoped that a pattern -- with its vertical, horizontal, and layered aspects -- might prime readers to think about American governance in the way that I suggest in the book. The pattern that I imagined would consist of images that represented the book's content: a mother and child, an elderly citizen, a state capitol, a gavel, bundles of cash with strings attached, and so on. After commissioning a set of illustrations, the designer played with color, image placement, and so on until the cover had the right feel. As you can see from the image at the top of the post, we ended up pretty far from my original concept, but I think the design had to evolve, in order to come off as serious rather than cartoonish. 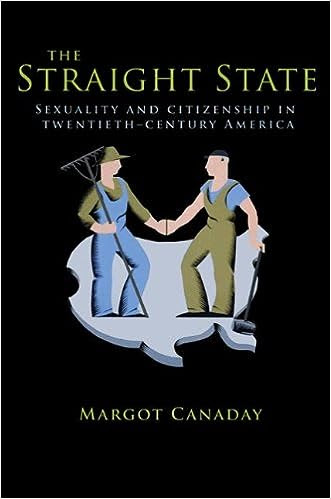 Another decision we made was to layer the images over an outline of the United States (similar to the cover of Margot Canaday's The Straight State (right), a book I really admire). I hoped that this visual effect would encourage readers (1) to see the story as a national one, and (2) to reflect on the multiple uses of the word "states" in the title. As I use it, the word "states" refers (a) to the states that comprise the United States, (b) to different iterations of "the state" (that is, to sequentially unfolding regimes of governance in American history), and (c) to multiple ways of being--in this case, of being dependent. As I write in my introduction, the book is about "the dependency of citizens on government and government on citizens; the dependency of the federal government on state and local administrators, and of state and local governments on federal dollars; the dependency of the poor (especially women, children, and racial minorities) on their wealthier neighbors; [and] the dependency of these wealthier neighbors on the state, to create and protect what they claim as theirs."

A final detail that I thought about was the font. I sent the designer samples of my primary sources for inspiration. I like the typewriter-ish font that he chose because it suggests bureaucracy. Government bureaucrats are key actors in my story and their copious internal records informed much of my research. The font, in other words, matches one of my big methodological claims: that legal historians of the twentieth-century U.S. must find ways to access and analyze the work of administrators. In the "age of statutes," administrators were vital problem solvers, decisionmakers, and connectors. Working quietly and away from the flashbulbs of the press, they were also often agents of change.

Readers, what is your experience with cover design? What covers do you particularly admire and why? Do you have advice to share? We would love to get a conversation going in the comments.
Posted by Karen Tani at 12:30 AM