Wald on the Jewish Law Firm 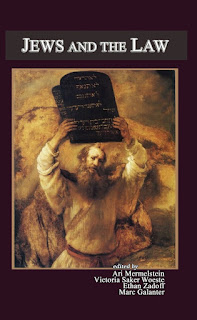 The rise and growth of large Jewish law firms in New York City during the second half of the twentieth century was nothing short of an astounding success story. As late as 1950, there was not a single large Jewish law firm in town. By the mid-1960s, six of the largest twenty law firms were Jewish, and by 1980, four of the largest ten prestigious law firms were Jewish firms. Moreover, the accomplishment of the Jewish firms is especially striking because, while the traditional large White Anglo-Saxon Protestant law firms grew at a fast rate during this period, the Jewish firms grew twice as fast, and they did so in spite of experiencing explicit discrimination.

What happened? This book chapter is a revised, updated study of the rise and growth of large New York City Jewish law firms. It is based on the public record, with respect to both the law firms themselves and trends in the legal profession generally, and on over twenty in-depth interviews with lawyers who either founded and practiced at these successful Jewish firms, attempted and failed to establish such firms, or were in a position to join these firms but decided instead to join WASP firms.

According to the informants interviewed in this chapter, while Jewish law firms benefited from general decline in anti-Semitism and increased demand for corporate legal services, a unique combination of factors explains the incredible rise of the Jewish firms. First, white-shoe ethos caused large WASP firms to stay out of undignified practice areas and effectively created pockets of Jewish practice areas, where the Jewish firms encountered little competition for their services. Second, hiring and promotion discriminatory practices by the large WASP firms helped create a large pool of talented Jewish lawyers from which the Jewish firms could easily recruit. Finally, the Jewish firms benefited from a flip side of bias phenomenon, that is, they benefited from the positive consequences of stereotyping.

Paradoxically, the very success of the Jewish firms is reflected in their demise by the early twenty-first century: because systematic large law firm ethno-religious discrimination against Jewish lawyers has become a thing of the past, the very reason for the existence of Jewish law firms has been nullified. As other minority groups, however, continue to struggle for equality within the senior ranks of Big Law, can the experience of the Jewish firms serve as a “separate-but-equal” blueprint for overcoming contemporary forms of discrimination for women, racial, and other minority attorneys? Perhaps not. As this chapter establishes, the success of large Jewish law firms was the result of unique conditions and circumstances between 1945 and 1980, which are unlikely to be replicated. For example, large law firms have become hyper-competitive and are not likely to allow any newcomers the benefit of protected pockets of practice. While smaller “separate-but-equal” specialized firms, for instance, ones exclusively hiring lawyer-mothers occasionally appear, the rise of large “separate-but-equal” firms is improbable.