Samito on "Constitution and Law" during the Civil War

Christian G. Samito, a lecturer in law at the Boston University School of Law, has posted Constitution and Law, an entry in A Companion to the U.S. Civil War (John Wiley & Sons, Inc., 2014). 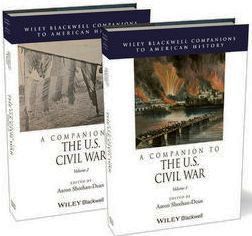 This essay examines various aspects of legal development during the Civil War, which went beyond affirming the perpetuity of the Union and resolving the fate of slavery to involve an expansion of the borders and mechanics of state coercion during a time of crisis, a more robust role for the federal government in promoting economic development, and the formulation of a better defined understanding of national citizenship. Many of these events were unforeseen as of April 1861 and all of them were shaped by wartime circumstances, highlighting how legal development is influenced by politics, society, and other factors in ways that are not predetermined. An overarching theme emerges in Civil War legal development, even when specific components seem unrelated: the strengthening of the U.S. as a nation-state (meaning here something beyond maintenance of the territorial integrity of the U.S., critical though that was). The Civil War removed the one issue in U.S. history – slavery – so politically divisive it could rend the Union. Structural initiatives, such as railroad construction and banks, helped link markets and improve communications nationwide, while the end of slavery placed the entire reunified U.S. within the free labor ideology. While federalism remained important during the 1860s and remains so to this day, the federal government that emerged from the Civil War could play a greater role in shaping economic development (shifting the pendulum from the paradigm of the Jeffersonians and Jacksonian Democrats to the model of the Hamiltonians and Whigs) and safeguarding rights newly associated with national citizenship (in contrast to citizenship in the antebellum period, when states had much broader prerogatives to determine rights for people within their borders).