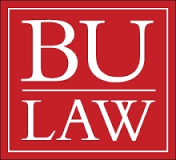 Here, belatedly, are the speakers in the Elizabeth Battelle Clark Legal History Series at the Boston University School of Law this semester.  The talks are held from 4:20 to 6:20 pm in Room 418.  The public is welcome to attend.

February 25, 2016.  The Sporting Life: Democratic Culture and the Historical Origins of the Scottish Right to Roam.  Gregory S. Alexander, A. Robert Noll Professor of Law, Cornell University School of Law