Adriaan Lanni, Harvard Law School, has posted the abstracts for three chapters that appear in essay collections but are not available online.  The first, forthcoming in Ancient Law, Ancient Society, ed. Kehoe & McGinn  is Collective Sanctions in Ancient Athens: 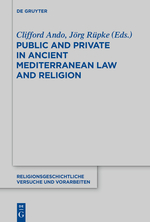 This essay explores the extent to which the distinction between a public and private sphere is a meaningful one in Athenian law enforcement. Athenian law did treat the household as a private sphere in some respects: the head of the household enjoyed near-exclusive power to discipline its members and retained the legal right to use self-help to protect the oikos long after public legal institutions had become dominant in other areas of life. On the other hand, the notion of a sphere of private conduct free from practical state interference was a myth. While Athenian statutes did not directly regulate private matters, in practice Athenian courts enforced norms of private conduct through character evidence raised by the litigants. Finally, the operation of informal means of social control (such as social sanctions and gossip) and the formal court system were so interdependent that the traditional dichotomy between “private” and “public” or “formal” and “informal” mechanisms of enforcing norms does not apply to the Athenian legal system. 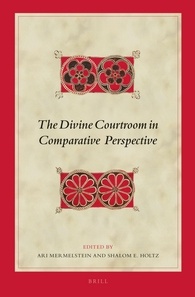 Greek literature and legal practice exhibit a reluctance, bordering on refusal, to deem the Olympian gods as fit judges, either of themselves or of humans. Although there is an occasional word of praise, the gods are routinely portrayed as preoccupied with advancing their own interests, and notably petulant over perceived slights to themselves. In Aeschylus’ mythical account of the creation of Athens’ first court, Athena declares herself incapable of judging the defendant, a mere mortal, without human jurors to help her. Respectable divine agents of justice are almost always figured as abstractions (“Themis” or the spirits in Hesiod), named, not portrayed with any specificity, devoid of personality — not to speak of judges who have decided a specific case in a specific way.

Perhaps reflecting this ambivalence about the quality of divine judging, Athenian courts were conceived of as predominantly mortal affairs. To be sure, traces of divine participation can be seen, for example, in the use of oaths and the process of juror selection. But despite the ubiquity of religious symbols and rituals in Athenian life, Athenian jurors did not, for the most part, seek the assistance of the divine or draw legitimacy from the involvement of the gods in their decisions.

This pessimistic view of the gods as judges is not merely a byproduct of anthropomorphism, for the Greeks imagined the gods not merely as flawed humans, but as lacking the seriousness mortals acquired precisely as a consequence of their impending death.