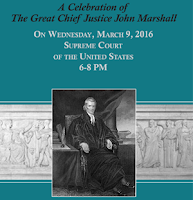 Weekend Roundup is a weekly feature compiled by all the Legal History bloggers.