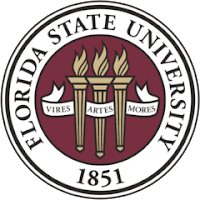 The lecture, which is part of the Florida State University History Department’s Legal History Series, “is sponsored by the FSU Department of History’s Institute on Napoleon & the French Revolution and the Winthrop-King Institute for Contemporary French & Francophone Studies, with the generous support of the Weider Foundation.”


Legal history is often a search for the development of coherent jurisprudence, but humans generally lead messy lives outside or even ignorant of the letter of the law. This is certainly the case with the authors of French slave law, who struggled to contain the agency of colonists and their descendants – free and unfree – in France’s Caribbean and Indian Ocean plantation colonies.  The result, complicated by revolutionary disjuncture in the 1790s, was a hodgepodge and oftentimes contradictory set of policies regulating the privileges and rights of freedom: what they were and who could enjoy them.

Through the lens of biography, historians can turn legal history on its head. By following a particular set of people through time, we can see how they, themselves, understood slavery and freedom, as individuals and as a class. The story of Madeleine and her children, as slaves and in freedom, reveals not only how they forged lives and relationships within the system of colonial slave law, but how the planter class deployed legal instruments – contracts, testaments, and manumissions – to advance their own interests and to circumvent both the letter and the spirit of the law.