Into the future. Gender, sexuality, and minority matters in Russian imperial history 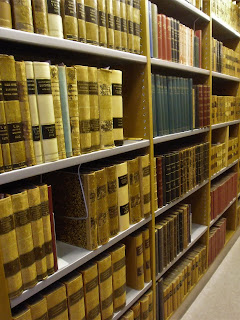 As my time as an LHB blogger is coming to an end, I wanted to mention a few things that, for various reasons, have not received the attention they deserve in my research on law in late imperial Russia. I would count the issues of gender, sexuality, comparisons with other empires, and changes in the early twentieth century among them. At least in some of these cases, help is nigh.

First, while the experience of women is, in some ways, all over “The Lawful Empire (Cambridge 2019)”, coming up in numerous court cases in both Crimea and Kazan, it is not addressed in a systematic manner. Sex and gender clearly led to different experiences of legal culture after the Great Reforms, partly because of the way they were legally framed at the macro level, and partly because of the way they were embedded in social expectations shaped by religion, estate, and many other factors at the micro level of society. Most of the sources I consulted for my research remain silent on the subject, though, or treat it only in passing, which means that this gap is not easily filled. I feel encouraged by the fact that one of my students at Humboldt University recently decided to write their thesis on gender and law in late tsarist Russia and has already discovered a wealth of intriguing material.

Second, sexuality as a factor shaping legal experience is even more difficult to grasp. Granted, in the regions I focus on, Crimea and Kazan, I came across a substantial number of court cases dealing with “sodomy” (muzhelozhstvo) - a “crime” that could only be committed by men. While these cases did not make it into the final version of my recent book, they contain much fascinating detail. For example, in virtually all of the cases I saw, the defendants – Tatar, Russian, or other – were acquitted by the jury courts because they invariably argued that they had been drunk beyond all belief when performing the sexual act, in which they were caught on beaches, in forests, and public bathhouses. Apparently, the vodka argument easily swayed Russian juries. That said, as interesting as this may sound, I did not feel comfortable approaching sexual diversity exclusively as a criminal act, which is why I have not addressed it more prominently so far. While I have no reason to believe that nineteenth-century society was any less diverse than current society, this diversity is not easily captured.

Third, the fate of Russia’s “lawful empire” in the early twentieth century must be subjected to further scrutiny. What did the new legal situation after the 1905/06 revolution and constitution mean for the courts, and for ethnic and religious minorities therein, in particular? An analysis of this cannot limit itself to a discussion of new legislation and institutions at the center, but must take a close look at how these changes played out in the regions. While the records of the Kazan and Crimean courts are very patchy for this period (I explained the reasons here), other regional court archives may have more substantial collections. Either way, a focus on this period will also allow me to include contemporary contributions in languages other than Russian in the discussion (not least, the rich Tatar press), which mushroomed after 1905.

Finally, and this is currently the most concrete project I am pursuing, the Russian case gives plenty of grounds for inter-imperial comparison. I touched upon such questions in earlier work (“One Law for All?”, 2012), and Lauren Benton and Richard Ross (“Empires and Legal Pluralism”, 2013), among others, have started a more focused conversation on how different imperial formations treated cultural diversity and enshrined it in law and legal procedure. Yet, there is still much to be done. I am therefore in the middle of developing a volume with 20 specialists of different empires addressing similar and pressing questions on “minorities in imperial space”. The work has only just begun.

Posted by Stefan Kirmse at 8:23 AM