Linder on the trials of Socrates, Moore, Galileo and Zenger 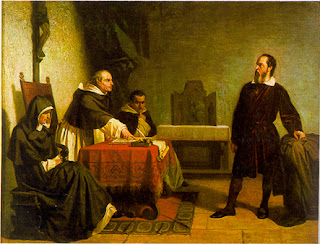 Here are Linder's abstracts:
The Trial of Socrates
The trial and execution of Socrates in Athens in 399 B.C.E. puzzles historians. Why, in a society enjoying more freedom and democracy than any the world had ever seen, would a seventy-year-old philosopher be put to death for what he was teaching? The puzzle is all the greater because Socrates had taught - without molestation - all of his adult life. What could Socrates have said or done than prompted a jury of 500 Athenians to send him to his death just a few years before he would have died naturally?
Finding an answer to the mystery of the trial of Socrates is complicated by the fact that the two surviving accounts of the defense (or apology) of Socrates both come from disciples of his, Plato and Xenophon. Historians suspect that Plato and Xenophon, intent on showing their master in a favorable light, failed to present in their accounts the most damning evidence against Socrates.
What appears almost certain is that the decisions to prosecute and ultimately convict Socrates had a lot to do with the turbulent history of Athens in the several years preceding his trial. An examination of that history may not provide final answers, but it does provide important clues.
The Trial of Sir Thomas Moore: An Account
There is much to learn from the story of how the head of one of the most revered men in England, Sir Thomas More, ended up on the chopping block on London's Tower Hill in 1535. Few people in history have faced their trials and deaths as squarely, calmly, and with as much integrity as did More. More's road from his post as Lord Chancellor of England to the Tower of London owes its course to a Bible passage, a marriage of a long-dead prince, and the consuming desire of lustful and vain-glorious King Henry VIII to marry Anne Boleyn. Swept along with More, in this fateful confluence of writings, events, and people, was nothing less than the Reformation.
The Trial of Galileo
Galileo Galilei was born in 1564 - the same year that Shakespeare was born and Michelangelo died. From an early age, Galileo showed his scientific skills. At age nineteen, he discovered the isochronism of the pendulum. By age twenty-two, he had invented the hydrostatic balance. By age twenty-five, Galileo assumed his first lectureship, at the University of Pisa. Within a few more years, Galileo earned a reputation throughout Europe as a scientist and superb lecturer. Eventually, he would be recognized as the father of experimental physics. Galileo's motto might have been follow knowledge wherever it leads us. In the 1633 trial of Galileo Galilei, two worlds come into cosmic conflict. Galileo's world of science and humanism collides with the world of Scholasticism and absolutism that held power in the Catholic Church. The result is a tragedy that marks both the end of Galileo's liberty and the end of the Italian Renaissance.
The Trial of John Peter Zenger: An Account

No country values free expression more highly than does the United States, and no case in American history stands as a greater landmark on the road to protection for freedom of the press than the trial of a German immigrant printer named John Peter Zenger. On August 5, 1735, twelve New York jurors, inspired by the eloquence of the best lawyer of the period, Andrew Hamilton, ignored the instructions of the Governor's hand-picked judges and returned a verdict of Not Guilty on the charge of publishing seditious libels. The Zenger trial is a remarkable story of a divided Colony, the beginnings of a free press, and the stubborn independence of American jurors.
Image credit: Galileo facing the Roman Inquistion by Cristiano Banti (1857).
Posted by Mary L. Dudziak at 7:56 AM