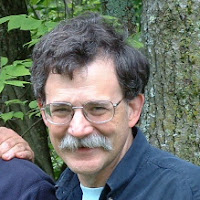 son University, a widely admired historian, a great human being, and an all around nice guy. He was 57 years old. He is remembered by T. Mills Kelly at edwired as the person who "invented Digital History as a field of serious scholarly endeavor." "We considered him our captain," said the Editor at History Network. He cofounded the Center for History and New Media, supporting projects like History Matters, a web gateway of historical resources for U.S. history teachers, and important digital archives, including the September 11 Digital Archive and the post-Katrina Hurricane Digital Memory Bank.

I first mey Roy in at a meeting in Florence on internationalizing American history. Many Organization of American History stalwarts were there, and I knew just one person. It was before my first book was out, so I was not known in this circle. I was sure I would feel out of place. Roy's warmth made me feel welcome immediately. He treated me as if I mattered from the beginning. And when I had the chance to work with him later on the American Studies Association Nominating Committee, he was the kind of colleague who actually made long committee meetings fun.

He will be sorely missed by many, but he has left a rich legacy for all of us: history on the web.

He is remembered this way on the American Historical Association Blog:

Roy Rosenzweig, the Mark and Barbara Fried Professor of History & New Media at George Mason University, and a friend and councilor of the AHA, passed away yesterday, October 11, 2007, due to complications resulting from advanced cancer of the lungs.

Rosenzweig was that rare academic: consummately knowledgeable, self-reliant, productive, intuitively creative, and above all, a humanist who helpfully bridged the often intimidating gap between the seeming elitism of academia and his students. At George Mason University, Rosenzweig also headed the Center for History and New Media (which he cofounded), and developed it with a pioneering enthusiasm, making it one of the leading centers for digital history.

Indeed, embracing emerging technologies with ardor, but always with a cautious sense of the possible and the real, Rosenzweig fused history and technology with a seemingly effortless ease that inspired many other historians to take off on their own exploratory voyages into new media.

Not surprisingly, Roy Rosenzweig and his colleagues at the Center for History and New Media and received many accolades, including the AHA’s James Harvey Robinson Prize for 2004 and 2006 (for History Matters and World History Matters, respectively, for creating web sites to help students navigate the complexities of U.S and global history). And just a few weeks ago, the Center for History and New Media received a $7.5 million grant from the U.S. Department of Education for creating a clearinghouse for information about history education.

Rosenzweig, who received his PhD from Harvard University in 1978, wrote or edited numerous books and articles including Eight Hours for What We Will: Workers and Leisure in an Industrial City, 1870–1920 (Cambridge University Press, 1983); The Park and the People: A History of Central Park (Cornell University Press, 1992), co-authored with Elizabeth Blackmar, which won the 1993 Historic Preservation Book Award and the 1993 Urban History Association Prize for Best Book on North American Urban History; and, most recently, with Daniel Cohen, Digital History: A Guide to Gathering, Preserving, and Presenting the Past on the Web (University of Pennsylvania Press, 2006).

Roy Rosenzweig received numerous awards for his scholarship and professional contributions, including the Guggenheim Fellowship, which he held in 1989–90. In 2003, he received the Richard W. Lyman Award for his work with digital history. In March 2007 he was conferred the Distinguished Service Award by the Organization of American Historians, for his “outstanding contributions to labor and public history, and his dedication to reaching new and diverse audiences as expressed in his pioneering efforts in the uses of digital technology and new media.”

Dedicated as he was to his teaching, Roy Rosenzweig perhaps treasured more than anything else the admiration and affection of his students, three of whom, remarkably, now work at the AHA building. Roy Rosenzweig was the MA thesis adviser for Lee White, the executive director of the National Coalition for History, and for Chris Hale, publications production manager at the AHA. Rosenzweig was the PhD dissertation adviser for Robert Townsend, the AHA’s assistant director for research and publications. “I have lost both a mentor and a friend with the passing of Roy,” said Lee White. “Few people truly affect the direction that your life takes. Of all of the teachers I have had throughout my education, he is the one whom I will always cherish the most,” Robert Townsend added. Chris Hale particularly appreciated the fact that Rosenzweig was readily accessible to his students, and declared, “that’s rare in academia and, for me, was the best aspect about my whole graduate school experience.”

A long-standing and loyal member of the AHA, Rosenzweig served as the Association’s Vice President for Research from 2004 to 2006. Inventive as always, he used his tenure to bestir the AHA to break out of the inhibiting confines of the traditional annual meeting formats and introduced several new modes of presentation, and worked to open up access to scholarship not only at the meeting but from the pages of the American Historical Review. During his vice presidency, Rosenzweig also successfully led the search for a new editor for the AHR. Rosenzweig was also an enthusiastic founding member of the National History Center, an initiative of the AHA, and served on its planning committee.

In recognition of his invaluable contributions to the Association, to the profession, and to the discipline, the AHA chose Rosenzweig to be the next recipient of the Troyer Steele Anderson Prize to be conferred at the AHA’s 122nd annual meeting in Washington, D.C. Sadly, the prize must now be conferred posthumously. Roy Rosenzweig, a true academic visionary and superlative historian with a social conscience, will be missed by friends, colleagues, and students alike.

There is more from History News Network and the Washington Post.

According to History News Network, in lieu of flowers, donations in Rosenzweig's memory may be made to the Center for History and New Media (CHNM). Make checks payable to the George Mason University Foundation, 4400 University Drive, MS 1A3, Fairfax, VA 22030. Please note that your gift is for the CHNM.
Posted by Mary L. Dudziak at 10:58 PM