Douglas Linder, University of Missouri, Kansas City, School of Law, has topped off his recent posts of essays connected with his Famous Trials website, with more. The website is a valuable resource for legal history teachers. Linder has uploaded many interesting primary sources related to the trials. New essays just posted are: 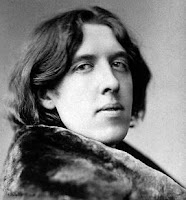 Old Bailey, the main courthouse in London, had never presented a show quite like the three trials that captivated England and much of the literary world in the spring of 1895. Celebrity, sex, witty dialogue, political intrigue, surprising twists, and important issues of art and morality--is it any surprise that the trials of Oscar Wilde continue to fascinate one hundred years after the death of one of the world's greatest authors and playwrights.
The Trial of William 'Big Bill' Haywood

The struggle between the Western Federation of Miners and the Western Mine Owners' Association at the turn of the twentieth century might well be called a war. When the state of Idaho prosecuted William Big Bill Haywood in 1907 for ordering the assassination of former governor Frank Steunenberg, fifteen years of union bombings and murders, fifteen years of mine owner intimidation and greed, and fifteen years of government abuse of process and denials of liberties spilled into the national headlines. Featuring James McParland, America's most famous detective; Harry Orchard, America's most notorious mass murderer turned state's witness; Big Bill Haywood, America's most radical labor leader; and Clarence Darrow, America's most famous defense attorney, the Haywood trial ranks as one of the most fascinating criminal trials in history.
The Trial of Sheriff Joseph Shipp Et Al.: An Account
Only once in its history has the United States Supreme Court conducted a criminal trial. The trial, taking place in both Tennessee and the District of Columbia in 1907 and 1908, resulted in the conviction of a sheriff, a deputy sheriff, and four members of a Chattanooga lynch mob. Outraged justices ordered the trial on criminal contempt charges after an almost certainly innocent black man, having been convicted of raping a white woman, was lynched less than a day after word reached Chattanooga that his scheduled execution had been stayed by the U. S. Supreme Court. The trial of Joseph F. Shipp et al. is a story of tragedy and heroism that had been all but forgotten until Mark Curriden, a Dallas reporter, and Leroy Phillips, Jr., a Chattanooga attorney, published their 1999 book, Contempt of Court: The Turn-of-the-Century Lynching that Launched a Hundred Years of Federalism. Now, with the success of Contempt of Court--and a movie based on the book--, it appears that the Shipp trial may assume its rightful place as one of the famous trials in American history.

The Trial of Louis Riel

By modern standards, the North-West Rebellion seems no big deal. Canadian forces easily quelled the uprising of a couple of hundred Metis settlers along the South Saskatchewan River. A majority of Metis in the region sat out the fighting, and only about one hundred persons died in the conflict. (Although that figure of one hundred deaths was significant in this sparsely populated region.) The importance of the North-West Rebellion, apart from establishing the ability of Canadian government to successfully carry out a military action far from its center of power, is symbolic. As has been often noted by historians, the debate over the North-West Rebellion and the subsequent trial of Louis Riel reveals the tensions that continue to distinguish Canada: east versus west, native versus non-native, French-speaking versus English-speaking, American versus Canadian. Over time, Louis Riel has been seen as a demagogic madman, as an innocent victim of Prime Minister John Macdonald's fanaticism, or as a martyred national-liberation leader. None of these characterizations is entirely accurate; each contains some measure of truth. The North-West Rebellion and the trial of Louis Riel is best understood as the product of a particular place and time: the Canadian frontier, in a time when civilization and its institutions confronted the traditions of a more primitive people.

The Trial of Lizzie Borden

“Lizzie Borden took an axe, and gave her mother forty whacks. When she saw what she had done, she gave her father forty-one.” Actually the Bordens received only 29 whacks, not the 81 suggested by the famous ditty, but the popularityof the poem is a testament to the public's fascination with the 1893 murder trial of Lizzie Borden. The source of that fascination might lie in the almost unimaginably brutal nature of the crime – given the sex, background, and age of the defendant – or in the jury's acquittal of Lizzie in the face of prosecution evidence that most historians today find compelling.
The Trial of Charles Guiteau: An Account

A sense of having been wronged, together with a warped idea of political duty, brought Charles Julius Guiteau to the Baltimore and Potomac Station in Washington on July 2, 1881. On that same Saturday morning, President James Abram Garfield strode into the station to catch the 9:30 A.M. limited express, which was to take him to the commencement ceremonies of his alma mater, Williams College - and from there, Garfield planned to head off on a much-awaited vacation. He never made the 9:30. Within seconds of entering the station, Garfield was felled by two of Guiteau's bullets, the opening act in what be a drama that included rising and then falling hopes for the President's recovery, the most celebrated insanity trial of the century, and finally civil service reform that backers hoped might discourage future disappointed patronage seekers from taking revengeful actions.

The Mountain Meadows Massacre of 1857 and the Trials of John D. Lee: An Account

Called the darkest deed of the nineteenth century, the brutal 1857 murder of 120 men, women, and children at a place in southern Utah called Mountain Meadows remains one of the most controversial events in the history of the American West. Although only one man, John D. Lee, ever faced prosecution (for what probably stands as one of the four largest mass killings of civilians in United States history), many other Mormons ordered, planned, or participated in the massacre of wagon loads of Arkansas emigrants as they headed through southwestern Utah on their way to California. Special controversy surrounds the role in the 1857 events of one man, Brigham Young, the fiery prophet of the Church of Latter-day Saints who led his embattled people to the promised land in the valley of the Great Salt Lake. What exactly Brigham Young knew, and when he knew it, are questions that historians still debate.
The Earp-Holliday Trial: An Account

The Old West's most famous gunbattle lasted all of about thirty seconds, but it left three men dead, three other men shot, and enough questions to occupy historians for more than a century. The gunfight also led to criminal charges being filed against the three Earp brothers (Wyatt, Virgil, and Morgan) and Doc Holliday who, near the O. K. Corral on October 26, 1881, decided to enforce the law against four notorious cowboys. The hearing that followed the shoot-out considered the question of whether the Earps and Hollidays killed out of a justifiable fear for their own lives or simply to rid themselves of troublemakers and personal enemies. After listening to weeks of testimony, Judge Spicer gave his answer - but whether his answer was the right one remained a subject of considerable debate long after the silver mines that gave birth to Tombstone, Arizona had vanished.
The Story of the Court-Martial of the Bounty Mutineers
The true story of the 1789 mutiny on the Bounty is far more complicated than suggested by film versions of the event, which have emphasized the gratuitous cruelty of the ship's captain, William Bligh. The psychological drama that played out in the South Seas starring Bligh, the efficient disciplinarian, and his mate, the sensitive and proud Fletcher Christian, led to, among other things: one of the most amazing navigational feats in maritime history, the founding of a British settlement that continues to exist today, and a court-martial in England that answered the question of which of ten captured mutineers should live - and which should die - for their actions.
The Trial of John Brown: A Commentary

The arrest, trial, and execution of John Brown in the fall of 1859 came at a critical moment in United State history. According to historian David S. Reynolds in his biography, “John Brown, Abolitionist: The Man Who Killed Slavery, Sparked the Civil War, and Seeded Civil Rights” (2005), Brown's actions and statements following his failed attempt to begin a slave insurrection near Harper's Ferry, Virginia so polarized northern and southern opinion on the slavery issue as to ensure Abraham Lincoln's election and cause the Civil War to occur perhaps two decades earlier than it might have otherwise. Reynolds is quick to point out that not only was Brown right on slavery and other racial issues of his day, but that his conduct - in causing the Civil War to begin in 1861 rather than, say, 1881 - potentially saved hundreds of thousands of lives that could have been lost in a war fought in a time of much greater population and more deadly weaponry and, at the same time, might well have spared an entire generation of African-Americans the humiliating experience of human bondage.

The causes of the Dakota Conflict are many and complex. The treaties of 1851 and 1858 contributed to tensions by undermining the Dakota culture and the power of chieftains, concentrating malcontents, and leading to a corrupt system of Indian agents and traders. Annuity payments reduced the once proud Dakota to the status of dependents. Annuity payments for the Dakota were late in the summer of 1862. On Sunday, August 17, four Dakota from a breakaway band of young malcontents were on a hunting trip when they came across some eggs in a hen's nest along the fence line of a settler's homestead. When one of the four took the eggs, another of the group warned him that the eggs belonged to a white man. The first young man became angry, dashed the eggs to the ground, and accused the other of being afraid of white men, even though half-starved. Apparently to disprove the accusation of cowardice, the other Dakota said that to show he was not afraid of white men he would go the house and shoot the owner. He challenged the others to join him. Minutes later three white men, a white woman, and a fifteen-year old white girl lay dead. Events moved quickly. Forty-four Americans were killed and another ten captured in the first full day of fighting in and around the Lower Agency at Redwood. Nearly two hundred additional whites died over the next few days as Dakota massacred farm families and attacked Fort Ridgely and the town of New Ulm.

By mid-September, the initiative had shifted to the American forces. Penned in to the north and south, facing severe food shortages and declining morale, many Dakota warriors chose to surrender. Together with those taken captive, the ranks of Dakota prisoners soon swelled to 1,250. A decision had to be made soon what to do with them.

The trials were quick affairs, getting quicker as they progressed. The commission heard nearly forty cases on November 3, the last day it met. The commission believed that mere participation in a battle justified a death sentence, so in the many cases, perhaps two-thirds of the total, where the prisoner admitted firing shots it proceeded to a guilty verdict in a matter of a few minutes. The final decision on whether to go ahead with the planned mass execution of the 303 Dakota and mixed-bloods rested with President Lincoln. Lincoln asked his clerks to search the records and identify those convicted of participating in the massacres of settlers. The clerks came up with the thirty-nine names included in Lincoln's handwritten order of execution written on December 6, 1862.
Images: Oscar Wilde, Louis Riel addresses his jury, Lizzie Bordon, Tombstone, AZ c. 1880s, Little Crow.
Posted by Mary L. Dudziak at 11:48 AM