Christopher Capozzola, Department of History, Massachusetts Institute of Technology, offers this post on an ASLH panel: Blurred Sovereignties: U.S. Law at the Edge. 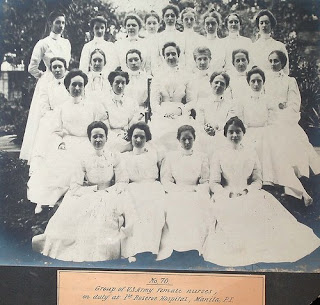 On Saturday afternoon, I had the chance to attend “Blurred Sovereignties: U.S. Law at the Edge,” which featured some of the most exciting new research examining American legal institutions and practices at or beyond the borders of the nation-state.

Michael Willrich, Brandies, led off with “War Is Health: U.S. Military Medicine and Police Power at the Edges of Empire.” Drawing from his forthcoming book on vaccination and the making of the modern state, Willrich showed how the logics of public health that U.S. military officials imposed in the early phases of the Philippine-American War for the purpose of protecting American soldiers’ health slowly gave way to widespread coercions of Philippine civilian populations in ways that blurred the borders between medicine and warfare.

Also presenting from a soon-to-be-published book, Rachel St. John, Harvard, presented “Between Nations: American Capitalists and the Politics of Corporate Nationality on the Baja California Border, 1900-1930.” Curious about how American actors could control nearly all of the land just south of the U.S.-Mexico border despite laws restriction foreign ownership, St. John dug into the history of the Colorado River Land Company. She constructed a vivid picture of U.S. corporations establishing corporations in Mexico, with implications not only for the Mexican economy, but for the development of U.S. political economy as well.

Andrew Cohen's (Syracuse) paper, “The Perils of Inspection: Smuggling, Globalism, and the Right to Privacy” also provided a taste of a nearly finished book, this one on smuggling and statebuilding between the Civil War and World War I. Turning our focus to customs houses and trade, Cohen described the power and centrality of nineteenth-century America’s “outward state.” Cohen’s paper was particularly valuable for its re-reading of the foundational case Boyd v. U.S. (1886), tracing the ways in which a case that turned on regulation of international trade was domesticated as the source of the exclusionary rule.

The session featured three of America’s best young historians at the top of their game: great writers, engaging presenters, and creative thinkers. We all left with new insights into the ways that the borders between legal regimes did so much work in the formation of the American state.