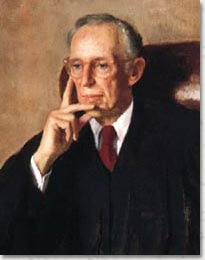 Though diversity remains a compelling state interest, recent rulings like Ricci v. DeStefano and Parents’ Involved toll a menacing bell for schools employing racial classifications to admit minority students. Yet, defenders of diversity may find refuge in original meanings, particularly the original meaning of diversity as articulated by Justice Lewis F. Powell, Jr. in Regents v. Bakke in 1978. Virginian by birth, Powell’s interest in “genuine diversity” coincided with a forgotten version of pluralism extant in the American South during the first half of the Twentieth Century. Further, Powell’s conviction that diversity distinguished America coalesced during a trip to the Soviet Union in 1958. Recovering Powell’s pluralism not only sheds new light on the Justice, but might hold the key to new ways of thinking about diversity generally in university admissions.

Walker is the author of The Ghost of Jim Crow (Oxford University Press, 2009).

Image credit.
Posted by Dan Ernst at 1:26 AM