For your Thanksgiving, Randall Stephens at Religion in American History takes up the Pilgrims. He writes: 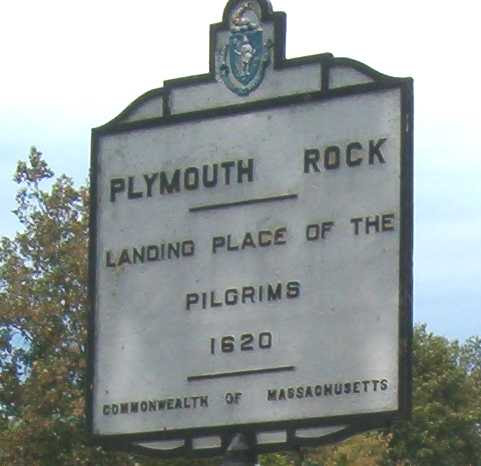 As Americans prepare to stuff their faces with turkey, pie, turkey pie, and all manner of bread-related foods, and clock in millions of hours of TV football viewing, it’s worth considering the Pilgrims, originators of America's holiday....How do Pilgrims fit into American history and religious history in general?

How low the founders of our national myth have fallen. Nineteenth-century Protestants celebrated the Pilgrims as hearty, pure-of-heart forbearers. Yet even in the 19th century Pilgrims had their share of detractors....

In 1881, Mark Twain delivered an uproarious address, in the form of a plea, to the New England Society of Philadelphia. Why all this “laudation and hosannaing” about the Pilgrims? he asked his audience. “The Pilgrims were a simple and ignorant race. They never had seen any good rocks before, or at least any that were not watched, and so they were excusable for hopping ashore in frantic delight and clapping an iron fence around this one.” “Plymouth Rock and the Pilgrims” was a classic piece of Sam Clemens’ contrarianism. As the whole country went mad with Pilgrim fever, Twain shouted, “Humbug!”