Founding Gardeners, Noah Webster, Anticommunism on Trial, and more in the book pages 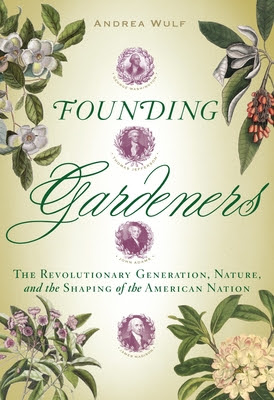 FOUNDING GARDENERS: The Revolutionary Generation, Nature, and the Shaping of the American Nation by Andrea Wulf is an "illuminating and engrossing new book," Paula Dietz writes in the New York Times.  Wulf shows that "the first four presidents were passionate botanists whose country seats became laboratories for their grander vision of an independent agrarian republic in the New World."  The book is "an ecological and historical narrative, revisionist in the best sense, combining the suspense of war and political debate with an intimate view of private lives devoted to the natural sciences and reinforced by long-distance friendships."


Wulf begins with Benjamin Franklin, in London on behalf of the Pennsylvania Assembly at the time of the much reviled Stamp Act. Even as catastrophe loomed, he was urgently sending seeds back home to his wife, not just for the enhancement of his own garden but to be distributed to other Philadelphia plantsmen. Agricultural self-sufficiency was, he believed, vital for the increasingly rebellious colonies.


The Forgotten Founding Father: Noah Webster's Obsession and the Creation of an American Culture by  Joshua Kendall is a "smart new biography" writes Nicholas A. Basbanes in the Los Angeles Times. 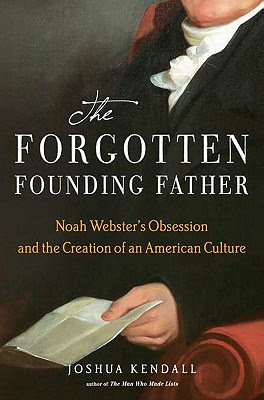 Born in West Hartford, Conn., the son of a poor farmer, Webster was able to attend Yale College through great family sacrifice. A teacher and lecturer early in his career, he found his true calling with words. "I wish to enjoy life, but books and writing will ever be my principal pleasure," he confided to Washington....

But Webster's accomplishments went well beyond the making of books. He was variously a lawyer, patriot, amateur epidemiologist, statistician, pamphleteer, co-founder of Amherst College, and at Washington's urging, editor of New York City's first daily newspaper, the American Minerva. As Washington's confidant at the Constitutional Convention, he had a voice in the proceedings, including his strong advocacy of several key principles, the need for "a supreme power at the head of the union" most notable among them. But his most enduring triumph was his relentless mission to get Americans to actually think of themselves as Americans.

The Fear Within: Spies, Commies, and American Democracy on Trial by Scott Martelle is lauded by Wendy Smith in the Los Angeles Times:

In his cogent, nuanced account of the 1949 prosecution of American communists under the Smith Act, former Los Angeles Times staff writer Scott Martelle sees this case fitting into a troubling pattern. From the Alien and Sedition Acts of 1798 to the Patriot Act of 2001, he writes, "The United States has a habit of convulsing with fear during times of stress, and in the process undercutting the very freedoms of speech, political belief and religious expression that Americans profess to hold dear."

It is difficult to tell from the review, however, whether this book adds anything to the extensive pre-existing literature.  If you've read it and you can speak to that, please post a comment.  The full review is here.


Francis Fukuyama reviews THE CONSTITUTION OF LIBERTY: The Definitive Edition (The Collected Works of F. A. Hayek, Volume XVII) by F. A. Hayek, edited by Ronald Hamowy, in the New York Times.

THE IMMORTALIZATION COMMISSION: Science and the Strange Quest to Cheat Death by John Gray, in the New York Times.

Jerusalem, Jerusalem: How the Ancient City Ignited Our Modern World by James Carroll in The New Republic/The Book.