Morag-Levine on the Brandeis Brief

Noga Morag-Levine, Michigan State University College of Law, has posted Formalism, Facts, and the Brandeis Brief: The Making of a Myth, an extremely interesting paper that puts constitutional litigation over hours legislation in the progressive era in a transatlantic context.  Here is the abstract: 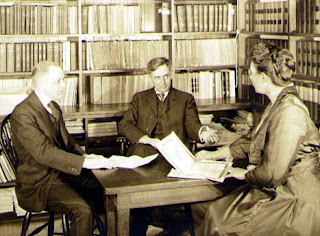 The Brandeis Brief has long been central to historical accounts of the struggle and ultimate triumph of progressive jurisprudence over legal formalism. Yet this familiar storyline is difficult to reconcile with the historical record on two counts. The first is its incompatibility with the presence of extra-legal evidence in cases and briefs well predating that of Brandeis. The second is the fact that, contrary to the prevailing account, conservatives were not the vanguard of opposition to such extra-legal evidence. In practice, it was progressive defenders of social legislation who long sought to exclude proof regarding the alleged health and other benefits of legislation from judicial review. This article offers an alternative reading of the origins of the Brandeis Brief, and of its relation to the constitutional conflicts of the Lochner era. It argues that in marshaling the medical and social evidence on the dangers of long work hours, progressives implicitly capitulated on the most divisive issue in 19th-century police power debates: the authority of courts to distinguish true public health measures from “mere pretext.”

The article locates the origins of the scientific tradition on which the Brandeis Brief drew in early 19th-century British efforts to frame labor laws as health interventions in order to overcome barriers to interference with market relations. In turn, this strategy led to the emergence, first in Britain and later in the United States, of a conservative claim equating common law constitutionalism with the requirement that courts be made guardians against laws passed under the false pretext of public health. It was in response to this line of argument that American progressives, towards the end of the 19th century, came to insist that courts owed legislators deference regarding the existence of health justifications for legislation ranging from restrictions on the marketing of margarine to limits on work hours. Lochner’s ultimate rejection of this presumption forced progressives to shoulder the burden of proof and gave rise to the Brandeis Brief. It was at this juncture that formalism emerged as an explanation for the delayed deployment of such briefs until then.