Liberty's Exiles, The Veil's Resurgence, The Sentence, and more in the book pages

LIBERTY’S EXILES: American Loyalists in the Revolutionary World by Maya Jasanoff expands "the geography of the American revolution," Thomas Bender writes in the New York Times, focusing on "the residents of the 13 colonies who chose to leave their homes rather than become citizens of the new republic."  The author


builds on two recent trends in historical scholarship. First, she recognizes the transnational, even global, dimensions of national histories, and second, she pays close attention to the workings of empire, including the beneficial ones. Within this enlarged framework, she argues that the American revolutionaries’ claim that they were establishing a “beacon of liberty” prompted the British, who thought of themselves in the same terms, to reform their empire along more liberal lines. She gives the phrase “spirit of 1783” to this new impulse to reform imperial rule, referring to the year the empire gave up the colonies. 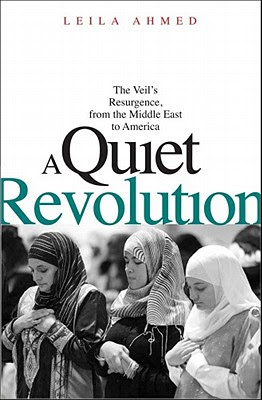 "Around the world past and present, women cover their heads before God and man," writes Christine Stansell, in a review of A Quiet Revolution: The Veil's Resurgence, from the Middle East to America by Leila Ahmed, in The New Republic/The Book.  "All these forms of veiling refer, religiously or secularly, to the old idea that women have something that should be hidden," she writes. "Call it modesty, or propriety; but at heart it is about the sexual shame that women incur if they reveal themselves in public."  Ahmed's book is on veiling in Egypt.  For Stansell, the "more persuasive and original part" of the book "is an account of immigrant Islamist politics in the United States since September 11."  More details are here.

For Stanley Fish, "a great sentence is like a great athletic performance," writes Simon Blackburn, reviewing Fish's new book, How to Write a Sentence: And How to Read One, in The New Republic/The Book. "It is an example of something done supremely well, so well that it cannot be bettered. Other similar feats will come along, but only to stand alongside it."

Also this week, a New York Times review of  IN THE BASEMENT OF THE IVORY TOWER:  Confessions Of An Accidental Academic, by Professor X; and Eric Foner reviews THE UNION WAR by Gary W. Gallagher in the New York Times.
Posted by Mary L. Dudziak at 10:08 AM