New from Cambridge University Press: Targeted Killing: A Legal and Political History (May 2016), by Markus Gunneflo (Lunds Universitet, Sweden). A description from the Press: 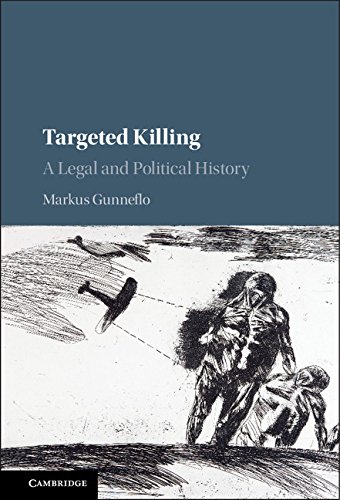 Looking beyond the events of the second intifada and 9/11, this book reveals how targeted killing is intimately embedded in both Israeli and US statecraft, and in the problematic relationship between sovereign authority and lawful violence underpinning the modern state system. It details the legal and political issues raised in targeted killing as it has emerged in practice, including questions of domestic constitutional authority, the use of force in international law, the law of belligerent occupation, the law of targeting and human rights law. The distinctive nature of Israeli and US targeted killing is analysed in terms of the compulsion of legality characteristic of the liberal constitutional state, a compulsion that demands the ability to distinguish between legal 'targeted killing' and extra-legal 'political assassination'. The effect is a highly legalized framework for the extraterritorial killing of designated terrorists that may significantly affect the international law of force.