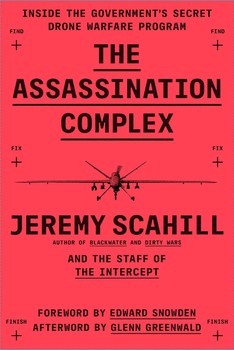 It was another fairly light week on the legal history book review front (what else could people possibly be thinking about?), but there are a few interesting pieces worth sharing.  And as always, please drop a line or a comment if I've missed one.

In the New York Review of Books, David Cole reviews three recent histories of drones (“In short order, most of the developed world will have them. And when other nations look for precedents, Obama’s record will be Exhibit A.”); Susan Dunn reviews Nathaniel Philbrick’s Valiant Ambition: George Washington, Benedict Arnold, and the Fate of the American Revolution and Joseph J. Ellis’ The Quartet: Orchestrating the Second American Revolution, 1783–1789, and Mary Beard’s Which Side of Roman Britain are you on? covers three books on the Roman Empire in Britain (by Guy de la Bédoyère, Bronwen Riley and Charlotte Higgins, respectively).

Jeffrey Toobin’s new book, American Heiress: The Wild Saga of the Kidnapping, Crimes and Trial of Patty Hearst is reviewed in both Slate and the New York Times.

On H-Net, Richard K. Scotch reviews Lennard J. Davis’s Enabling Acts: The Hidden Story of How the Americans with Disabilities Act Gave the Largest US Minority Its Rights (“If one wants to comprehend how disability policy concepts get translated into public policy, or how a pluralistic system accommodates competing interests on disability access, or how personal history shapes disability policy stances, Enabling Acts is a thoughtful,

HNN carries a review of Brian J. Snee's "Lincoln Before Lincoln: Early Cinematic Adaptations of the Life of America’s Greatest President,” which focuses upon the major film and television productions on Lincoln before Spielberg’s Lincoln.

In the London Review of Books, but behind a paywall, are a review of Entick v. Carrington: 250 Years of the Rule of Law edited by Adam Tomkins and Paul Scott, and a review essay by Martin Loughlin on the UK’s Constitutional Crisis.

The Wall Street Journal carries a review of Christopher Phillips’ The Rivers Ran Backward:The Civil War and the Remaking of the American Middle Border and of Caitlin Fitz’s Our Sister Republics: The United States in an Age of American Revolutions.

The most recent Law and Politics Book Review might appeal to legal historians interested in constitutional history. It contains reviews of Judging Free Speech: First Amendment Jurisprudence of US Supreme Court Justices (edited by Helen Knowles and Steven Lichtman); William Howell and Terry Moe’s Relic: How Our Constitution Undermines Effective Government— and Why We Need a More Powerful Presidency (also reviewed here) and Saikrishna Prakash‘s "Imperial from the Beginning: The Constitution of the Original Executive (also reviewed here and here).
Posted by Smita Ghosh at 3:00 AM