Hanley on nationality in Alexandria 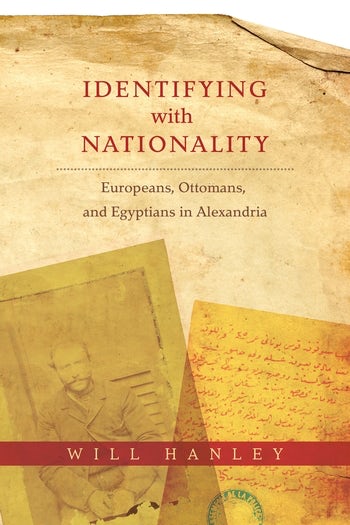 Back in 2017, Will Hanley (Florida State University) published Identifying with Nationality: Europeans, Ottomans, and Egyptians in Alexandria with Columbia University Press. From the publisher:

Nationality is the most important legal mechanism sorting and classifying the world's population today. An individual's place of birth or naturalization determines where he or she can and cannot be and what he or she can and cannot do. Although this system may appear universal, even natural, Will Hanley shows that it arose just a century ago. In Identifying with Nationality, he uses the Mediterranean city of Alexandria to develop a genealogy of the nation and the formation of the modern national subject.

Alexandria in 1880 was an immigrant boomtown ruled by dozens of overlapping regimes. On its streets and in its police stations and courtrooms, people were identified by name, occupation, place of origin, sect, physical description, and other attributes. Yet by 1914, before nationalist calls for independence and decolonization had become widespread, nationality had become the defining category of identification, and nationality laws came to govern Alexandria's population. Identifying with Nationality traces the advent of modern citizenship to multinational, transimperial settings such as turn-of-the-century colonial Alexandria, where ordinary people abandoned old identifiers and grasped nationality as the best means to access the protections promised by expanding states. The result was a system that continues to define and divide people through status, mobility, and residency.

"What nationality are you? In his stunning book, Will Hanley follows this modern question deep into the social existence of ordinary Alexandrians, demonstrating the contradictory effects of its imposition. The results open a portal, not simply on a unique city in the tumultuous years between Ottoman rule and Egyptian semi-sovereignty, but also on a pivotal global experience that historians have missed. In this lucidly written and well-researched book, Hanley rewrites the history of international law and intervenes brilliantly in multiple literatures. A must-read." -Samuel Moyn,

"Hanley's book is a superb historical and sociolegal account of the rise of nationality—the universal regime of legal identification that captures what is unique about the modern world. Along the way, Hanley vividly captures the loss of another world: of concrete and heterogeneous forms of life that sought protection in other networks of affiliation. I recommend this remarkably researched and beautifully written book to scholars in Middle Eastern studies, and also to anyone who is thinking about a key characteristic of our world—the persistence of statelessness." -Samera Esmeir

"Identifying with Nationality is a magisterial investigation into Alexandria's diverse population, which comprised interwoven European, colonial, local, imperial, and national entities. Will Hanley examines this patchwork setting, clarifies that nationality at the end of the nineteenth century was a European privilege, and explores the process by which it would become what it is today: the most fundamental human right. An illuminating masterpiece." -Patrick Weil