Jones-Rogers, "They Were Her Property: White Women as Slave Owners in the American South"

New from Yale University Press: They Were Her Property: White Women as Slave Owners in the American South, by Stephanie E. Jones-Rogers (UC Berkeley). A description from the Press: 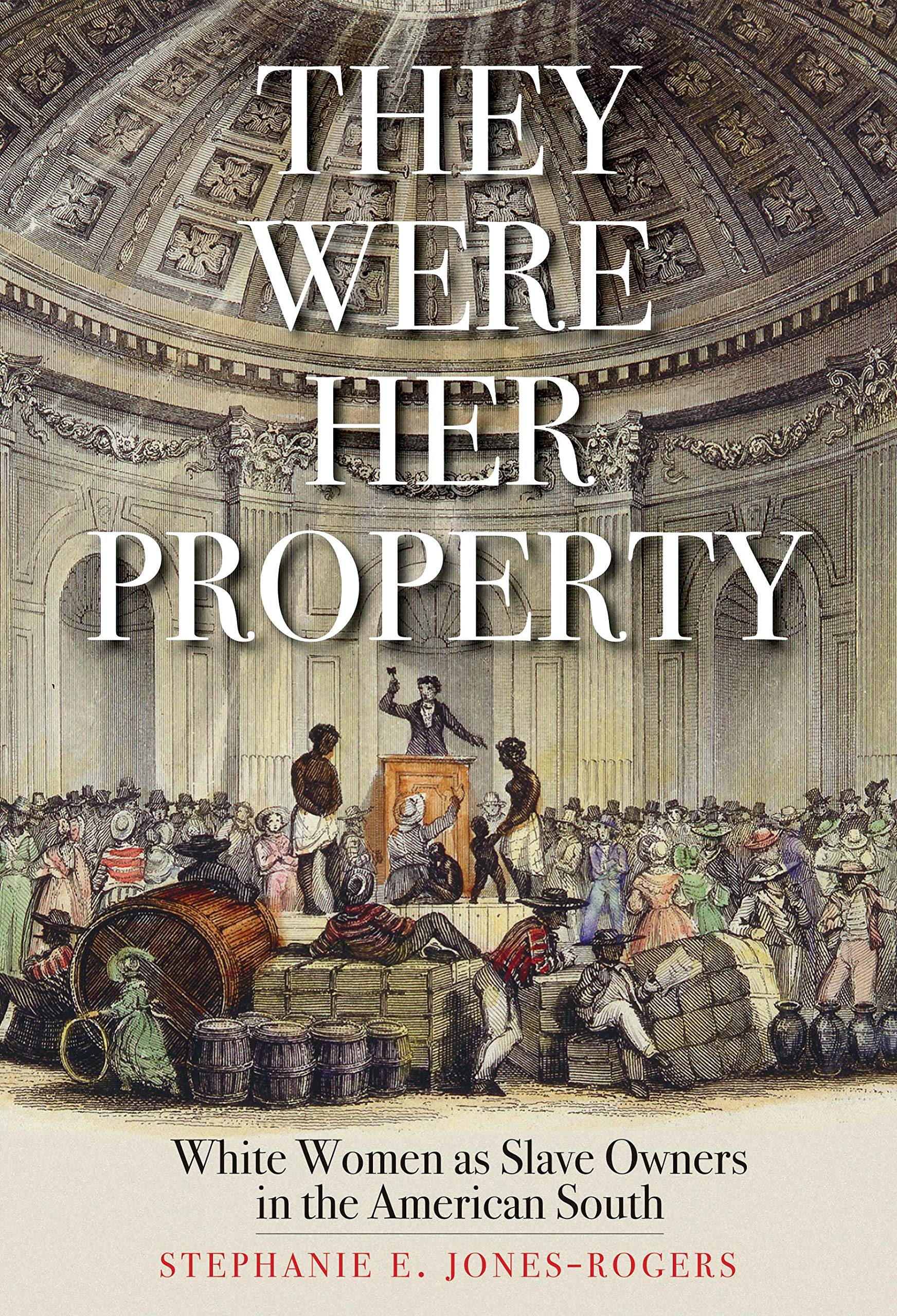 Bridging women’s history, the history of the South, and African American history, this book makes a bold argument about the role of white women in American slavery. Historian Stephanie E. Jones-Rogers draws on a variety of sources to show that slave-owning women were sophisticated economic actors who directly engaged in and benefited from the South’s slave market. Because women typically inherited more slaves than land, enslaved people were often their primary source of wealth. Not only did white women often refuse to cede ownership of their slaves to their husbands, they employed management techniques that were as effective and brutal as those used by slave-owning men. White women actively participated in the slave market, profited from it, and used it for economic and social empowerment. By examining the economically entangled lives of enslaved people and slave-owning women, Jones-Rogers presents a narrative that forces us to rethink the economics and social conventions of slaveholding America.

“They Were Her Property is nothing less than phenomenal. It shatters many sacred cows about women’s history and legal history and shows how slaveowning women skirted the limitations of gender norms and statutory law in ways that have been previously underestimated. The findings are buttressed by reading anew a rich and prodigious body of primary sources. This is a must read.”—Tera W. Hunter

"They Were Her Property casts brilliant, unsparing light on the history of slaveholding women and the terrible oscillation of domination and dependence that defined identities—as wives, as mothers, as mistresses—purchased in the slave market."—Walter Johnson

The book is already getting some great media coverage. Here's a link to an interview with Professor Jones-Rogers about the book. Here's a recent review from Slate, by Rebecca Onion.
Posted by Karen Tani at 9:30 AM