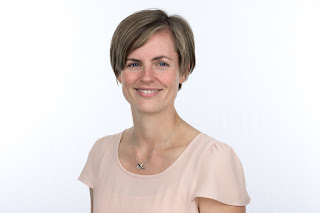 Our Scholar Spotlight series continues, today featuring Tessa Leesen, Tilburg University. In our earlier interviews, we noted that only three of the fifty contributors to the recently published Oxford Handbook of European Legal History were women. Like Women Also Know History, this Scholar Spotlight series aims to showcase female scholars and their work. Its special focus is scholars of European legal history.

Tessa Leesen is lecturer in the field of legal history and vice-dean at University College Tilburg of Liberal Arts and Sciences at Tilburg University in the Netherlands. She lives in Belgium.

Describe your career path. What led you to where you are today? The Classical World has always sparked my interest. By studying Latin and Greek in secondary school, I was able to read the Iliad and Odyssee of Homer, Cicero’s political and judicial speeches and the conquest of Gaul by C. Julius Caesar, who famously claimed that of all Gauls the Belgians are bravest,  in the original language. My choice of university studies was crystal clear from the beginning. I went to study history, majoring in ancient history, at the University of Leuven. My graduate research focused on the intrastate relations between Sparta, Athens and Thebes in the aftermath of the Peloponnesian War. After finishing my academic teacher’s training at University of Leuven, I embarked on my PhD at Tilburg University in the Netherlands to examine the impact of classical rhetoric on the development of Roman law. Already during my PhD, I started to teach history and legal history classes. Afterwards, I became program director of the major law in the Bachelor’s program of Liberal Arts and Sciences at Tilburg University. That position paved the way for my current position as vice-dean of University College Tilburg.

What do you like the most about where you live and work? Unlike my colleagues at UC Tilburg, who all live in one of the magnificent historical city centers the Netherlands have to offer, I live in a small village on the countryside in the midst of plantations of fruit trees. However, I love to be surrounded by nature and the tranquility of the region, even though it means that I have to commute more than most of my colleagues.
What I love about my work is the opportunity it offers to continue to read and learn more about historical developments in the field of law, my colleagues, who challenge and inspire me, and the fact that I can (modestly) contribute to the intellectual formation of generations of students.

What projects are you currently working on? Currently, I am coordinating an educational project, for which I received NWO funding: ‘The Resilience Project: Fail, Fail Again, Fail Better’. This project aims to enhance the resilience of our students at the University College of Tilburg, who struggle with stress and the high demands of academia, to normalize failure as an integral part of any learning process and of life itself and to critically reflect  on the importance attached to individual competitiveness in education and society.

Have your interests evolved since finishing your studies? Doing my PhD in the field of Roman private law and becoming program director of the major law in the Liberal Arts and Sciences program sparked my interest for the field of law.

What’s the most fascinating thing you’ve ever found at [the archives/in your primary sources]? When analyzing the school controversies between the Sabiniani and the Proculiani as described in the Institutiones of Gaius, I was able to demonstrate that the jurists/heads of the schools made use of rhetoric and of the argumentative theory of topoi (as described in Cicero’s Topica) to find adequate arguments in support of their view. Since the jurists used rhetoric to construct specific argumentations for each separate case, I was able to refute the overall assumption in modern literature that there is no coherent theory behind the positions of the two schools.

Is there an article, book, film, website, etc. that you would recommend to LHB readers? A beautifully written and compelling book is ‘Congo: The Epic History of a People’, written by the historian David van Reybrouck. The book traces the history of the Congolese people from pre-colonial times to Belgian presence in the region, when the Belgian king Leopold II turned the huge piece of African land into his personal property and Belgium subsequently colonized the territory, the struggle for independence, Mubutu’s dictatorship and beyond. Van Reybrouck manages to write a page-turner on the topic, evoking feelings of astonishment and indignation amongst his readers.

What have you found to be the most surprising thing about academic life? I found out that academic life is an enduring quest for truth that generations of scholars have participated in, but that continuously questioning truth and knowledge are essential parts of that quest.
Posted by Mitra Sharafi at 12:30 AM