Telford Tells It as He Sees It: HLS vs. YLS

Over at Et Seq., the Harvard Law Library Blog, David Warrington has posted excerpts from a letter written by the New Deal lawyer Telford Taylor to a young family friend seeking his advice in 1935 on whether to attend law school at Harvard or Yale. The letter made its way to the library at HLS when Taylor's correspondent, William A. Waldron, sent it to Dean Robert Clark in 2000. (The main body of Taylor's papers are at Columbia.)

Taylor (HLS 1932) tried to be fair, but in assessing how well each school instructed students "in the regular tools of the lawyers trade—legal technique, in other words," he gave what I think of as the standard HLS line on YLS: 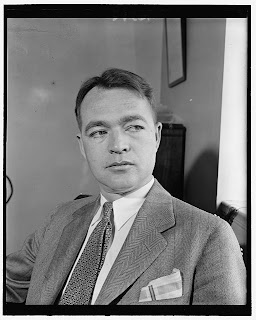 I’m pretty well convinced that the honors lie with Harvard. Most of the well-known men at Yale are men who are themselves bored with the law & have turned experimentalist. They’re brilliant enough, & their writings are worth reading, but they are too interested in explaining to you how the law is a very different thing from what most people think, & how there really isn’t any such thing as law anyhow. Now this is all very well & worth knowing, but you don’t practice law by telling a client or a judge that his traditional concepts are all screwy. Defective as the tools of the law may be, you’ve got to be familiar with them & know how to use them. I think the system & faculty at Harvard does this much better.

Waldron, not all that surprisingly, chose Harvard.

(For more of the same, see Spencer Tracy's wisecrack to Katherine Hepburn in "Adams Rib" (1949)--"Is that what they taught you at Yale?"--and Laura Kalman's Legal Realism at Yale. Thanks to David Warrington for the heads up and transcription!)

Image credit: Prints and Photographs Division, Library of Congress
Posted by Dan Ernst at 1:27 AM