Weinrib on the Reinvention of Free Speech

The paper, "Lawyers, Libertines and the Reinvention of Free Speech, 1920–1933," by Laura M. Weinrib, a Ph.D. candidate in Princeton's History Department and Samuel I. Golieb Fellow in Legal History at the New York University School of Law, is available through the NYU Legal History Colloquium's website. The paper is forthcoming, with revisions, as an article in Law and History Review. Here is the abstract: 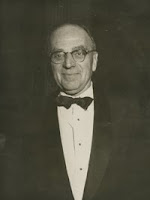 This article examines the 1920s expansion of the ACLU agenda to incorporate nonpolitical speech. At the beginning of that decade, it was ACLU policy to contest only those obscenity regulations that were "relied upon to punish persons for their political views." By 1931, however, the ACLU was the undisputed leader of the anti-censorship campaign, an aggressive advocate not only of unfettered scientific discussion but also of artistic freedom and birth control. With that shift, a new model of civil liberties began to take shape—one that celebrated individual expressive freedom over substantive political reform.

The catalyst for change was a postal censorship dispute involving a sex education pamphlet, "The Sex Side of Life: an Explanation for Young People," written by the former suffragist and outspoken birth control activist Mary Ware Dennett. Postal authorities declared the pamphlet obscene despite effusive praise by medical practitioners, religious groups, and government agencies for its frank and objective style. When Dennett continued to circulate it by mail in defiance of the postal ban, she was prosecuted for obscenity, and she responded by challenging the postal censorship laws. ACLU board members agreed to sponsor Dennett's case because it instructed the youth on an issue of social importance, thereby advancing the public interest in a direct and familiar Progressive way. Unexpectedly, however, the litigation unleashed a far more sweeping anti-censorship initiative. Dennett's heavily publicized conviction, overturned by the Second Circuit on appeal, generated popular hostility toward the censorship laws and convinced ACLU attorneys that speech should be protected regardless of its social worth.

Image credit (and press release on the Morris Ernst Papers at the University of Texas-Austin)
Image credit: Dennett
Posted by Dan Ernst at 10:56 AM