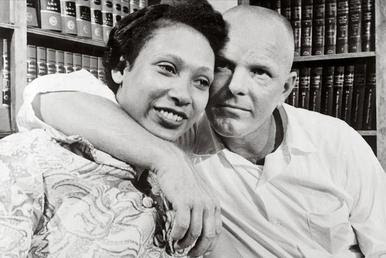 "When my late husband, Richard, and I got married in Washington, DC in 1958, it wasn't to make a political statement or start a fight. We were in love, and we wanted to be married.

"We didn't get married in Washington because we wanted to marry there. We did it there because the government wouldn't allow us to marry back home in Virginia where we grew up, where we met, where we fell in love, and where we wanted to be together and build our family."
Mildred Loving, one of the parties in the landmark case overturning Virginia's ban on interracial marriage, wrote these words, and an evocative recollection, for the commemoration of the 40th anniversary of Loving v. Virginia last year. She is remembered today, following her death at 68.
When the ACLU took up their case, and attorney Bernard S. Cohen tried to explain the legal theories they would rely on, Richard Loving replied, “Mr. Cohen, tell the court I love my wife, and it is just unfair that I can’t live with her in Virginia.”
Posted by Mary L. Dudziak at 10:52 AM